A character study on the careers and personas of Kim Kardashian and Paris Hilton in the early aughts.

Three weeks ago Framing Britney Spears, a documentary produced by The New York Times, hit the pandemic big screen (YouTube/Hulu). I watched it twice. No spoilers, I promise. The documentary covered the trajectory of Britney’s career and rise to fame as well as her fall from grace. The power of Framing Britney Spears wasn’t that it provided us with any juicy, unknown deets of what was going on with Britney; its impact lies in its chronological contextualization of the events that lead to Britney’s mental breakdown and how we responded as a culture. Britney wasn’t interviewed and she didn’t need to be.

The documentary featured the front page of The New York Post on November 27, 2006 that read “BIMBO SUMMIT” accompanied by a blown-up paparazzi photo of Paris Hilton, Britney, and Lindsay Lohan, going out to party. It’s an image that is burned in my brain, a photo I’ve seen countless times.  But I felt different when I saw the photo in the documentary; its iconic essence still held up, but I had a newfound sense of sadness—maybe because I knew what was looming in the near future. Britney’s association with famed party girls Lindsay Lohan and Paris Hilton was seen as a sign of her demise. Within three months of the “Bimbo Summit,” Britney shaved her head.

This trifecta and a few other honorable bimbos experienced the height of their popularity (as sexy public figures, entertainers, or for simply being famous) during the peak of sensationalist, obsessive American tabloids. Photos of Britney were going for $1 million around the time of her mental breakdown. “There was too much money to be made off of her failure,” said Wesley Morris, critic at large at The New York Times.

Being a hot, young woman in the early aughts came with the invasion of privacy. The public felt entitled to ownership over our starlets and sex symbols, an attitude symbolic of the times. Not many un-famous people have their lowest and most unhealthy moments captured by paparazzis and remembered forever. Britney and Lindsay’s parties and scandals discredited their careers. It elevated Paris and Kim’s. By exploring their similar trajectories into the public eye, propelled by our underlying cultural desires made me wonder: What did it take to be a 2000’s sex symbol? And more-so, how did becoming sex symbols create success for Kim and Paris while dooming others to failure?

Unless you’re a part of the bicoastal elite society, you probably heard of Paris and Kim after their sex tapes were leaked. Paris Hilton’s 2001 sex tape, 1 Night in Paris, was released in 2004 by her ex boyfriend via “Red Light Entertainment.” Paris sued. It was still distributed. Kim Kardashian: Superstar, featured Ray J, Kim’s then-boyfriend and brother to the teen superstar Brandy in 2002 on Kim’s 22nd birthday. The tape was released by Vivid Entertainment in 2007. Kim sued but later dropped the suit and settled for $5 million. These were—and still are—some of the most famous sex tapes of all time, filmed during the height of celebrity sex tapes. Radar, Esquire, Marie Claire and Page Six have all included both Paris and Kim’s sex tapes in their “best of all time” lists. Paris and Kim’s sex tapes even got honorable mentions for most cinematic value.

Paris and Kim’s sex tapes were recorded within a year of each other but were released years apart. Paris’ tape was leaked months before her hit reality show The Simple Life premiered. Her fame skyrocketed. If Paris created the blueprint for achieving international fame by way of sex tape, Kim followed it. Kim’s sex tape was leaked in the months before the premiere of Keeping Up With The Kardashians in 2007.

MJ Corey is a psychotherapist, writer and the brain behind one of my favorite instagram accounts, @kardashian_kolloqullium. She offers #thoughts and applies social #theory to our favorite celebrity family. I reached out to her about this essay.

“Kim and Paris and reality tv and pop star vibes were the icons of a past cycle. It was also a time of transition. Transition in a larger societal sense, but also for pop culture specifically. Our senses are always especially keen during times of change. We associate Paris and Kim with the sense that some big change was happening. And their success perpetuated this. Paris was ‘famous for being famous’ and Kim was ‘famous for doing nothing,’” said Corey.

Their titles didn’t come without a price. The cultural exchange for being “famous for being famous” in the 2000s was unlimited, unrestricted and unfiltered access to the most intimate parts of their lives. Our cultural attitudes were changing and expectations of our sex symbols changed as well.  We felt entitled to ownership over these women—they sold out for fame and relevance and to promote their reality show. They belonged to the public. Our 2000s sex symbols were all national punchlines.

The public felt this odd, parasocial ownership over Britney as well. Britney’s fans and haters alike felt the need to weigh in on her outfits and relationships. Most of her critiques were about her image. Britney, like many of our contemporary “sex symbols” entered the public eye at a young age; towing the line of barely legal and woman-in-charge.

The paradox of our starlets’ images should be noted. They rode with the notoriety and image that their leaked pornos provided them. They sexed themselves up because it was the persona they played into and sold us, like any sex symbol of the past did. But by watching their reality shows and following them, one can conclude that this image isn’t who they really were. Both Kim and Paris have this very controlled stiffness. They are not crude or promiscuous even. For most of their careers they are in monogamous, long term relationships with people and even bashful about sex in her real life. Khloé and Kourtney are much more crude and sexual than a reserved Kim. In 2006, the Entertainment News Network published this quote from Paris: “I get in so many fights with guys who are like, ‘In public, you are the sexiest sex symbol, but you’re not sexual at all at home.’ “I’m like, ‘Whatever, shut up. I don’t wanna be.’ I’d rather watch a movie or Lost, or like, eat.”

But maybe that’s what we want from our sex symbols. Our sex symbols still have to radiate purity and innocence whilst still expressing their very adult sexuality, but not too much. If they express too much, they are deplorable. Britney Spears personified this double standard, until she didn’t.

Our sex symbols represent our underlying cultural desires. Marilyn Monroe is a key example of this. She was our nation’s sex symbol after World War II and into the 60s. Before she died, she was immortalized as young and beautiful forever. Her curves and voluptuous body were said to represent post-war plenty and our changing attitudes toward sex. Similarly, Kim and Paris represent our changing attitudes as well. They embody the digital age, internet porn, invasion of privacy, transition and our culture’s obsession with fame. “It’s all more interrelated, reactionary, and accessible than in Old Hollywood, when Marilyn was basically designed by a studio to incite a certain effect on audiences. We pick our sex symbols now – and we are also empowered to design and brand ourselves to be them too,” says Corey.

Whether of not you think the moniker “sex symbol” is appropriate for Paris and Kim, we were obsessed with these women on a national level. They symbolize what it was like to be alive in the early aughts. They are emblematic of y2k celebrity culture and our obsession with fame. These 20-something socialites were the subjects of our national voyeuristic pastime; our celebrities’ morals loosened and ours did too. They were sexualized—by the public and by themselves.

Paris and Kim marked the end of a time in history where you got famous the “old fashioned way”: scandal. They were the last sex symbols and were also the first influencers, the first girls who marketed themselves. We got access to them in lieu of talent. And maybe, they were geniuses for that. They didn’t have a performative craft to age out of. As Americans we have the tendency to toss aside female actors who are past their prime. For example, another “It Girl” and sex symbol of the 2000s—Megan Fox. She was typecasted and pigeonholed as an actress and blacklisted by Michael Bay for being “hard to work with”. Sex symbols weren’t autonomous in their careers, they still answered to the powers at be, until now.

Take other sex symbols of the early 2000s—Lindsay Lohan and Britney Spears. Both Lindsay and Britney were attractive and talented performers whose “racey” behavior needed to be separated from their craft in order to maintain their success and lifestyle. LiLo graced the cover of Rolling Stone magazine’s 2004 Hot List, “Hot, Ready & Legal”. At the height of Lindsay’s popularity (starring in Disney reboots of Herbie Fully Loaded and Freaky Friday) she gained more media attention for her hospitalizations and stints in rehab for substance abuse. Disney wanted nothing to do with her. “Too sexy too soon?” read the cover of a February 2000 issue of People Magazine with a smiling Britney Spears on the cover.

What did it take to be a 2000s sex symbol? “I do think female sexuality was more controlled in previous eras. Interestingly, I think we still model ourselves after a lot of those archaic paradigms – but the difference is, we do it by choice (or an illusion of choice),” says Corey. Britney and Lindsay were products of Disney and as they aged, their sexuality was seen as a problem. The public reinforced this by our collective treatment of them. The things we shamed them for were the things Kim and Paris were known for. Paris Hilton and Kim Kardashian were two extremely famous young women who, by divine fate, or being popular, beautiful, and connected, and willing to “sell their souls” at the right place at the right time, were our y2k celebrities. 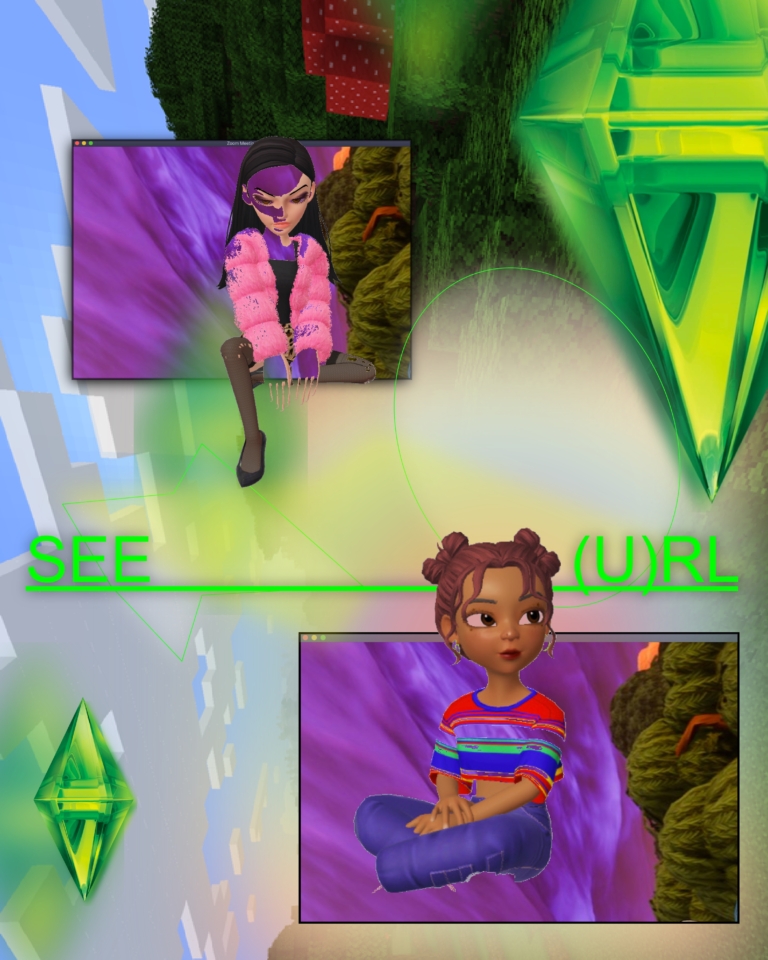 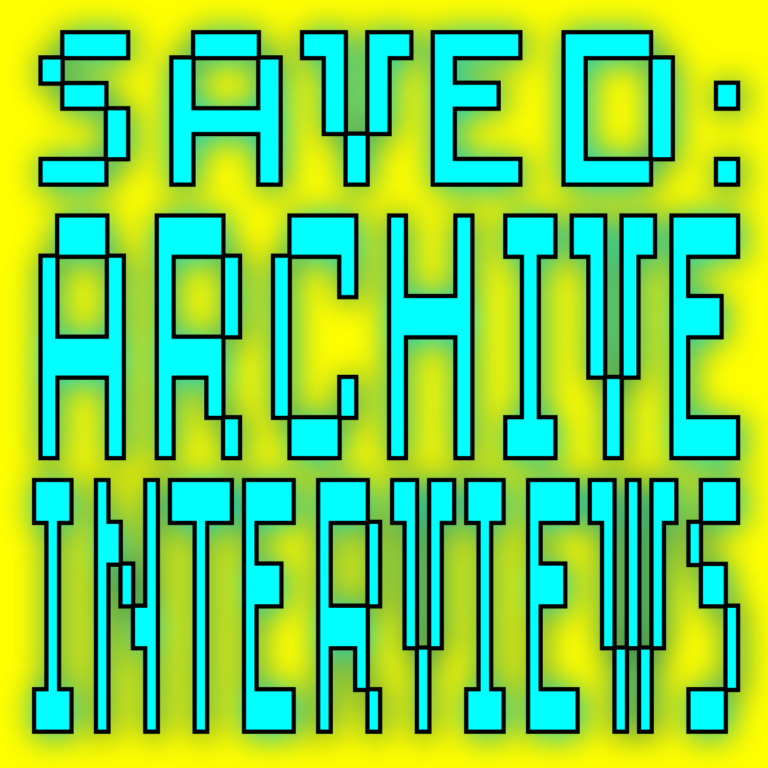