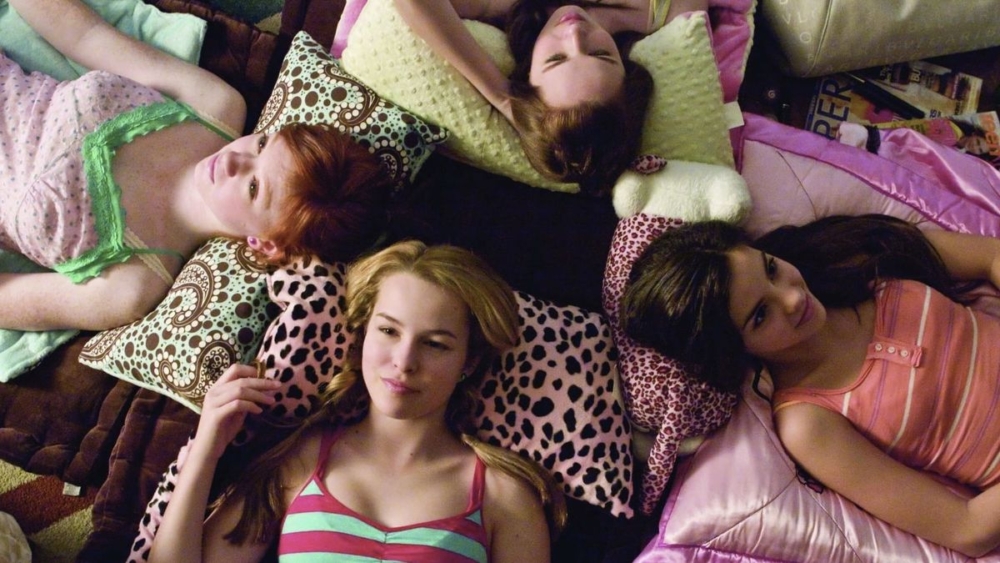 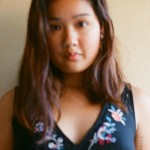 This melodramatic reaction is the result of Massie having to miss the hottest party thrown by an eighth grader. Massie and her friends, known as the Pretty Committee, just happen to be the only seventh graders invited. She has to miss this party because her parents insist she give her dad’s friend’s family, the Lyons, a proper welcome to Westchester from Florida. And worse? The Lyons have a daughter that’s also going to be in seventh grade named Claire (Ellen Marlow).

“The Clique” series’ publication spanned 14 books and several spin-offs from 2004 to 2011. My elementary school days were spent burrowing in the YA-section of my local Borders book store (RIP) reading “The Clique.” Maybe this was meant to foreshadow my destiny of meeting my friend Clare when I was 14, who was actually from Westchester and quickly debunked any theories I had about Westchester middle school life mirroring “The Clique.”

“The Clique” is entertaining and heartwarming in the same vein as teen shows like “Gossip Girl,” “The O.C.” and “90210” where teenagers run amok amidst opulence and drama. The storylines of unrequited crushes, mean girls, insecurities and the ins-and-outs of 7th and 8th grade made the book feel real, even if the privilege and wealth were unrelatable to myself.

Compared to teen TV shows and movies where it felt like adults writing teenage characters and putting them in adult storylines with 20-somethings playing teenagers, the characters in “The Clique” actually feel like middle schoolers. The girls who played the Pretty Committee were around 13-14 years old when they filmed this movie.

The first half of the film feels like a too-visceral, painful flashback to being a seventh-grade girl. Massie and her friends berate and bully Claire to prove their popularity, as Claire’s seen as an outcast due to her social and financial status.

Alicia will smile at Claire in art class, but stumble over her during a painting lesson to smear red paint on her pants so it looks like she got her period. Claire quickly realizes in the nurse’s office that it’s just red paint that ruined her new jeans and not her first time menstruating. While Alicia meant to humiliate Claire in front of their classmates, Claire gains an ally in the school nurse who tells her that periods are completely normal and nothing to be ashamed of for middle school girls.

Massie will snap, “Claire, did I invite you to my BBQ? So why are you up in my grill?” if Claire asks her a question. They take advantage of every opportunity they can to take a crack at Claire’s non-designer clothes. The list continues.

In the middle of the film, Massie and the girls play truth or dare at their weekly Friday night sleepover. One of the girls asks, “Would you rather be a friendless loser or someone with friends but they secretly hate you?” In the novel, Massie secretly believes she’d rather have fake friends because at least she won’t be alone, but she chooses to say “a friendless loser” because everyone else says it.

Obviously, no one ever chooses to be a friendless loser. No one ever wants to be in a scenario where they discover all their friends secretly hate them. Massie is thinking one thing, but saying another because no one will agree which is reminiscent of middle school peer pressure.

This scene encapsulates the confliction of tween friendships, self-esteem, and middle school years. It makes the watcher almost pity Massie. Massie has treated Claire and other girls at school with such disrespect for no reason, but deep down, she’s scared to be alone. It shows Massie’s relatability to tween girls out there: everyone has insecurities and we all find ways to hide them.

Behind the mean comebacks and designer bags, Massie is another seventh grader with insecurities.

In the film, Claire answers that she’d rather be a friendless loser, to which Alicia retorts, “Well, you’ve got your wish.” After this, Claire runs off, but Massie, for a change, follows her to tell her she doesn’t have to leave, but Claire tells her she “wants to.”

On a field trip, the Pretty Committee unveils their lip gloss products they created as part of Kristen’s business class project to classmates—only to result in the entire class being allergic to the peanut oil used in the lip gloss. Massie’s redemption arc occurs when she anonymously texts Claire to pass around Layne’s oatmeal to reduce the allergic reactions. Claire saves the day, all thanks to Massie’s quick thinking.

At the end of the movie, Massie finally confesses to Claire that the reason she was so mean was because she always saw Claire as a threat. The constant back and forth nature of their friendship suddenly makes more sense.

Tweens and teen girls are imperfect people. We’ve all made mistakes or cringed at our younger selves in middle school. It definitely doesn’t justify Massie’s cruelty by saying she acts that way because she’s twelve, but Lisi Harrison allows the watcher or reader the ability to understand the reasoning behind Massie’s actions.

There’s room for forgiveness and growth, which is a significant part of growing up. We make mistakes, often for insignificant reasons (especially when we’re in middle school). Throughout the movie, Massie’s moments of insecurity are revealed to Claire more than the other girls. It feels ironic that of everyone, Massie reveals this part of herself to her “frenemy” rather than her friends, but it also reflects the sadly mercurial and relatable nature of middle school friendships.

For readers of “The Clique” especially when the series was still in print, the series was often spotted on the shelves of Barnes and Nobles, Borders, Scholastic Book Fairs, and other independent bookstores. This period of physical book buying represents a period of book culture that remains undisturbed by the colossal and destructive power that Amazon began to wield over smaller bookstores in the 00s and early 2010s.

As physical bookstores have shuttered over the years due to the easy accessibility of online book buying, “The Clique” is still important nonetheless. For the older members of Generation Z, reading books while growing up often meant reading a physical copy, either from buying it from a bookstore or borrowing it from a library.

Bookstores and Scholastic book fairs are still incredibly important. They’re a way to support authors and their work, but there’s also the experience of being fuelled by curiosity and getting lost within the endless stacks of new books. This experience isn’t limited to just being an elementary school student. Discovering new books is meant for all ages.

Even though they’re a topic of nostalgia, Scholastic book fairs and book stores were completely foundational for future readers and writers — including myself. The power of loving books during childhood shouldn’t be underestimated. To be able to have a setting that both encourages and fosters a love for reading is incredibly pivotal for any reader or writer at any age.

“The Clique” is important to me—it was one of the first book series that I truly enjoyed as a kid and its effects are long-lasting upon myself. I still hold the same amount of admiration for Lisi Harrison, the author, that I did when I was in elementary school, if not more today. I still look forward to reading books in 2020 with the same passion and intensity I had while reading through “The Clique” (I’d sometimes read an entire book in one sitting because it was so engaging).

And honestly? A part of me still secretly wishes I could get an invite to Massie Block’s Friday night sleepover.

2 replys to I swear it’s not that bad: “The Clique”