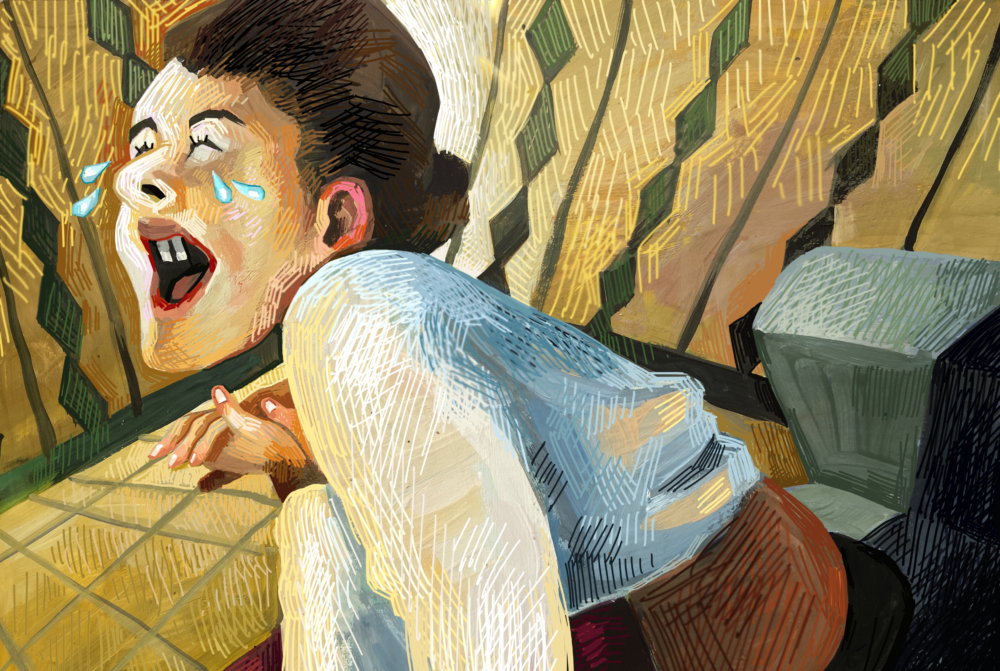 Someone has to say it: most of these quarantine jokes are unfunny.

Perhaps I’m being too harsh. I admit, I chuckled at the pictures of toilets smoking “cigars” and tittered at Twitter threads investigating whether New York governor Andrew Cuomo has pierced nipples. But in the age of the short attention span, the bite-sized amusement usurps the well-earned belly laugh. If I really wanted to laugh until my ribs hurt — and given the news, God do I ever — I need something a little more long-winded. Something a little more inspired. I think it’s time to bring back “The Aristocrats.”

Johnny Carson’s favorite joke, the dirtiest joke ever told, the world’s funniest; if you’re uninitiated with the famous joke, feel free to take ten and go immerse yourself in it (I’d recommend Bob Saget’s telling, but only if you’re in a private room without anyone nearby who might drop dead from disgust or shock). If you’ve just returned from Saget’s telling, I’ll either assume you, like me, found it uproariously funny, or you, unlike me, hated every second of it and are curious to know how I might justify consuming such depravity in the midst of a global pandemic. All in good time.

So what is their act? Shit-flinging, piss-drinking, corpse-fucking, dog-milking: you name it and this fictional family has likely done it. The challenge for the comedian telling “The Aristocrats” is to stuff the middle section between setup and punchline with inventive permutations of basic scatalogical elements, acts which the talent family perform with solemn duty. The joke is an exercise in improvisation as much as obscenity. Comedians from Phyllis Diller to Whoopi Goldberg have accepted this challenge for decades, and the infamous joke even spawned a 2005 documentary which featured dozens of comedians discussing their spins on the bit. Nothing is off the table in “The Aristocrats” — for the joke to remain funny over so many retellings, it has demanded comedians to incorporate the taboos of their time to concoct the most vile scenarios possible for this ill-fated talent family.

Transgressive humor such as “The Aristocrats” redefines the term “guilty pleasure,” making anyone who laughs an accomplice in provocation. In doing so, it can radically connect us with the darkest parts of our own subconscious. We “shouldn’t” be laughing at a family who fucks their own dog and eats their own poop in front of a talent agent, but audiences do. When it is used not for pure shock value but in the service of true comedy, transgressive humor can be a real way of coping with and moving past feelings of repressed fear and anger. “The Last Laugh,” a 2016 documentary by Ferne Pearlstein, explores how Jewish comedians have coped with the lingering horror of the Holocaust through jokes, from “gallows humor” made inside concentration camps to Mel Brooks’ film “The Producers,” which famously revolves around the fictional musical “Springtime for Hitler: A Gay Romp With Adolf and Eva at Berchtesgaden.” “There is nothing funny about the Holocaust,” says actor Rob Reiner, one of the talking heads in the film, “But to survive — there can be humor in that.”

The best transgressive humor thus comes from a comedian’s ability to look something terrifying in the eye — whether it be anti-Semitism, terrorism, white supremacy or homophobia — and strip away its power by making it funny.  Of course, this takes time — hence the old formulation “Tragedy + Time = Comedy” — and a sensitivity on the part of the comedian about their own background and how their joke may be inferred. But what happens when “something terrifying” is not a past occurrence (like the Holocaust or 9/11, two tragic events joked about in taboo humor) but the ongoing restructuring of life as we know it? Whether a joke about the COVID-19 pandemic is made “too soon” is no longer a question we can reasonably ask.

In a piece about quarantine comedy in The Atlantic, writer Megan Garber argues that the silliness of quarantine comedy — the parodies and memes and TikToks — exists outside of time, irrelevant to the pandemic. In presenting a radical and intentional escapism, Garner writes that “silliness begins to read as especially meaningful—and especially radical… Quarantine comedy reacts to [the uncertainty of the moment] with a nihilism that is entirely reasonable. It lives in the moment. Many of the best quarantine jokes, their actions looped, their moods loopy, come from a place of boredom—and that is generally preferable, they implicitly acknowledge, to a place of grief… Their humor—silly, small, lo-fi, low-stakes—has a humanism to it.”

The silliness of these videos, however, can sometimes feel disturbingly estranged from what’s going on outside of the internet. As Garber notes, these videos perform a simple function: creating content provides cheerful distraction for holed-up humorists, and watching content provides cheerful distraction for cooped-up consumers. That escapist humor helps us cope with traumatic events is indisputable. But I’d like to believe escapist humor has a potential beyond reactionary memes or videos, a potential to stand alone as would a great work of literature or art. For true catharsis, we must articulate a version of escapist humor not nihilist but life-affirming. And I believe — as strange as it sounds to say — that life-affirming humor can be found in pure and utter filth.

A few weeks after the attacks on 9/11, in a show-must-go-on moment, New York City’s comedians gathered to roast (of all people!) Hugh Hefner. By the time Gilbert Gottfried, the last comic of the night stepped onstage, it seemed the half-hearted offerings of the earlier celebrity comedians would not be able to overcome the pall that had settled over the city since the attacks  — the fact that Gotffried made a joke about the Twin Towers early in the set certainly did not help. But then something incredible happened. Gottfried, in his shrill voice, intoned: A family walks into a talent agency. And by the time Gottfried had put the talent family through hell and back to arrive at the crowning line — “The Aristocrats!” — New York had howled of laughter again, in spite of its immeasurable grief.

The writer Frank Rich, in a column describing what it was like to witness Gotffried’s telling, writes that the joke “jolted us back into the land of the living again.” The fact that such filthy material could restore an audience to vitality may seem surprising, until you consider that “The Aristocrats” is fundamentally a joke entirely about living, in its most base forms. Life, most of the time, is not glamorous: it is shit and piss and pus and blood and cum. During a tragedy, it’s both crucial and comforting to be reminded of our ugly humanity in this way. We so often present ourselves as “Aristocrats,” putting up fronts to deny our bodies and the mortality inherent in them. But bodily secretions are the functions of a living person, not a dead one. In the subtlest of ways, filthy jokes address fears of death and grief about the death that surrounds us in a way that parodies or TikToks cannot. Even if you’re covered in shit, a filthy joke says, you’re lucky to be alive. Scatological humor is thus not just shocking or gross — it radically laughs in the face of death by dealing purely with life.

It’s why 14th century peasants living through the Black Plague laughed at poems with titles like  “The Knight Who Made Cunts Talk,” “The Mourner Who Got Fucked at the Grave Site,” and “The Peasant’s Fart” (all literal translations). It’s why, at four in the morning on FaceTime with a friend who is quarantining an ocean away from me now, tears of laughter rolled down my face while he described in detail the time he fought back diarrhea while sitting in traffic on a busy highway. Many among us who have lost a loved one to coronavirus or are struggling with personal issues brought on by the pandemic may not feel able to laugh just yet, at anything. But when we are able to laugh again, we might give ourselves permission to shock ourselves, both with what we find funny and how much we laugh. For if shit and piss isn’t the essence of life, finding shock and delight in the most unexpected of places just might be.