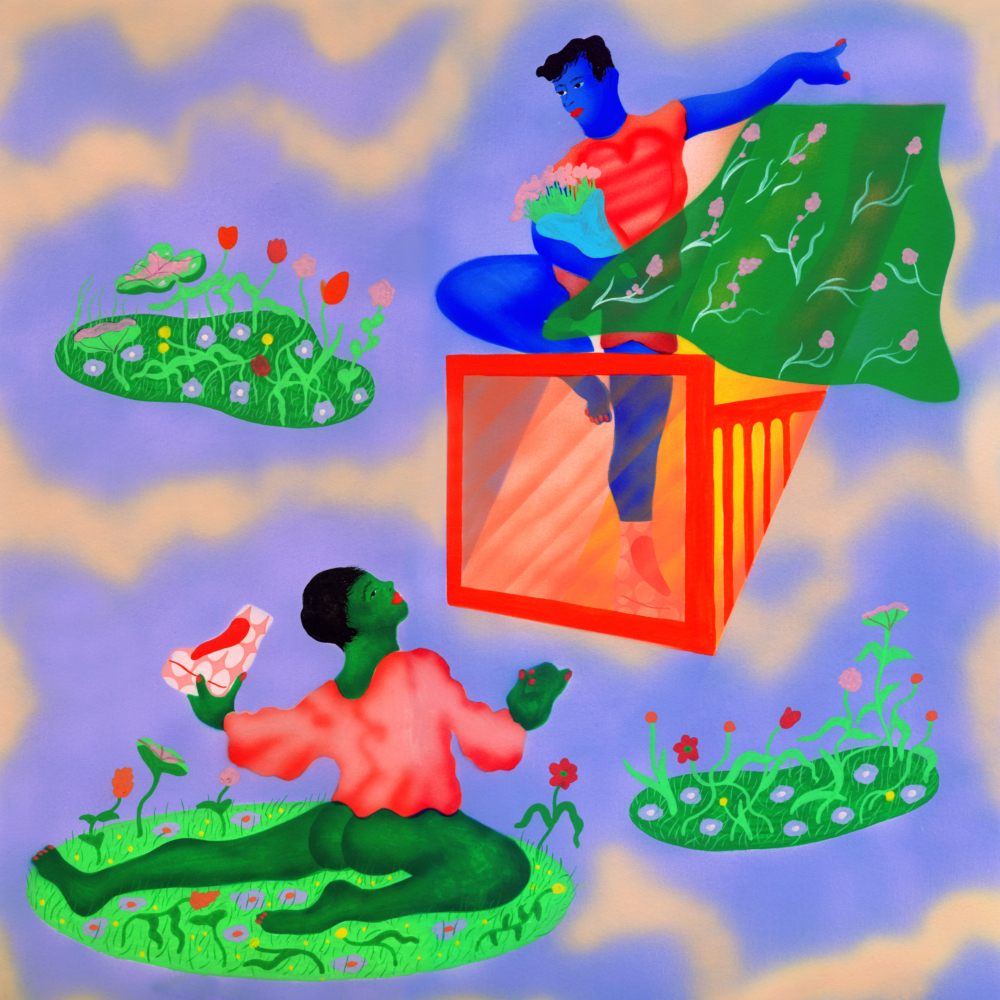 24 hours before what was supposed to be the opening night of his performance in “The Tension of Nature,” Philip Strom found out from an Instagram post that the show had been cancelled. Triskelion Arts, the performing arts theater in Greenpoint, Brooklyn, that was scheduled to host the split bill event, had posted that all shows for the weekend of March 13-15 had been shuttered. He received a flurry of messages from his friends who sent their condolences over his loss, his months of work that had been hours away from being met with applause from an opening night audience.

Only after all of this frenzy did he heard from his choreographer, Andrea Ward.

“That’s when it really hit me, because all that work in preparation went into that show just to have it evaporate, right before the culmination, was really frustrating and disheartening,” Strom, 22, said. “Most of all, I think I was sad in that moment for the whole artistic community in New York City.”

Strom, who typically splits his time between baristaing at a coffee shop in Manhattan’s Lower East Side and freelancing as a contemporary dancer, is currently at home with his parents in West Richland, Washington. Three time zones from his apartment in Brooklyn and unsure of the next time he’ll dance in front of a live audience, Strom’s new reality is similar to many in the freelance and artistic community.

Triskelion Arts has guaranteed to reproduce the performance and Strom said he is still being paid, despite the show’s cancellation. However, Strom was additionally rehearsing for a show in June with a separate company that was indefinitely postponed. The choreographer, Jordan Ryder, was entirely self-producing and self-funding the project; another reality of many freelancers.

Strom, like most other Americans, is adjusting to a new, virtual reality in the face of the COVID-19 pandemic.

Since Strom flew back to Washington, he said that he has been “puttering about,” attempting to stay connected to the collectives that just two months ago, he would move, create and sweat with in a studio, in person.

“We’re still meeting, mostly over Zoom and we have tasks and a little bit of ongoing work happening,” said Strom. “But, obviously, dance requires being in person, together. So, it feels like we’re still doing something and we’re not just totally at a standstill, but it’s not the same.”

One factor that has remained the same in Strom’s life is the presence of his boyfriend, Maxwell Read—virtually, of course. Read, 20, said that the two make time to talk on the phone every day, despite the new two-hour time difference between them.

Just like Strom, Read is a dancer. However, his income is all sourced from one company—the prestigious New York City Ballet.

Read was invited to join City Ballet during another strenuous and storied “Nutcracker” season of 2017-2018 as an apprentice, just months before he graduated from high school. Now, as a corp de ballet member of the company and a part-time student at Columbia University, Read’s world has also been turned upside down by the COVID-19 pandemic.

Read and Strom both departed New York City in mid-March, but while Strom flew home to Washington, Read returned to Dallas, Texas, to wait out quarantine with his family. And while Strom’s income has evaporated for the foreseeable future, City Ballet has promised their dancers that they’ll be paid in full through the end of the spring season—a promise that, alongside their projected ticket sales losses, will cost the company more than eight million dollars.

“I consider myself one of the luckiest people in regards to dance,” Read said. “One, because I got to join my dream company and then two, because we’re a very large and well-respected company and a staple of New York City…our company is paying all the dancers our full salary through the end of spring season.”

Read said that he understands that not all dancers can say the same, including his boyfriend. But he also said that just because City Ballet is a larger institution that has the ability to pay their company in the midst of a pandemic does not make it a more important one.

“Dance comes in many different forms and sizes, from a large institution like [NYCB] to people who just create dance on their own and we are really lucky because we have people who can pay for us but there are a lot of people who don’t have that,” said Read. “There’re a lot of people in the dance world whose primary source of income has been completely shut off.”

Read said that he believes that this reality is reflective of the arts being “underfunded and underappreciated” in general, but he also said that he has hopes that more people can connect with ballet in this time of isolation. In lieu of a live spring season at David H. Koch Theater in Lincoln Center, City Ballet will be uploading online performances of past productions throughout the spring season.

“I think that companies have been really strict with getting videos of ballets out there into the world, which makes sense, because you have to make money somehow,” said Read. “People who would never have been able to come to New York and never been able to come to the ballet… now that we can have stuff out there, in the world, people can see it. And maybe it could increase who is interested in dancing or have them consider making the trip to New York or paying for a ticket. You never know who you’re going to find.”

On an island with more than one and a half million people, Strom and Read found each other. Read left Dallas at 15 when he was invited to join the School of American Ballet full time, while Strom was accepted to New York University’s Tisch School of the Arts for dance at 17. They met and began dating in May 2019, not as students, but as young professionals in one of dance’s most competitive cities.

Now, for the first time in their ten-month relationship, they have been forced to redefine what being “together” means to them in the wake of their departure from New York City.

“I feel like it didn’t actually hit me that we’re doing long distance until very recently,” said Strom. I don’t know if I was in denial or I just maybe didn’t think about it that way. We’ve built our relationship on in person communication and it’s wonderful. It’s been difficult trying to figure out how to date through a device instead of just being there, human to human.”

Though they both juggle the rigorous schedules that are inherent to freelancing and baristaing (Strom) and college classes and company commitments (Read), the couple made time to see each other regularly pre-coronavirus. At the bare minimum, the two saw each other every Sunday evening and spent as much time with each other as possible on Monday. Read would often surprise Strom at his coffee shop and they would support each other’s similar, yet entirely different career paths in person. However, the couple was clear that they like to keep their professional lives and their personal lives apart.

“Dance can inherently be a judgmental and competition driven art form, which are two qualities Phil and I do not want in a relationship,” said Read. “Phil and I both support each other 100 percent and always go and see each other dance. We talk about dance and it’s not taboo but we keep a certain distance from each other’s dance life—we understand each other and respect each other but our day to day work life doesn’t meet and we like that.”

In quarantine, the couple said that they have both been struggling to find the motivation to practice dance at the level that they were used to in New York. Read and Strom said that pre-quarantine, the studio was reserved solely for dance, whereas home was reserved for almost anything but dance. Now that the lines between work and home have been blurred, the motivation to rehearse in the same space that they rest is harder to find.

Additionally, Strom said that because the “return to normal feels so far away,” he’s experienced a lack of immediate pressure to keep up his relationship with dance, which has resulted in internalized guilt. Read said that he could relate, but that Strom has been a source of inspiration and a virtual shoulder to lean on when he experiences these feelings or any others in quarantine.

“He reminds me constantly to take a look at the big picture and to remember that no matter how far apart we may be, we still love each other and a virus and distance isn’t going to change that,” said Read.

If you were impacted by what you read in this story and have the financial resources to make a donation, please consider doing so. You can read about and donate to New York City Ballet’s Relief Fund here, the COVID-19 Dance Relief fund here and view a spreadsheet of various artist relief funds here.