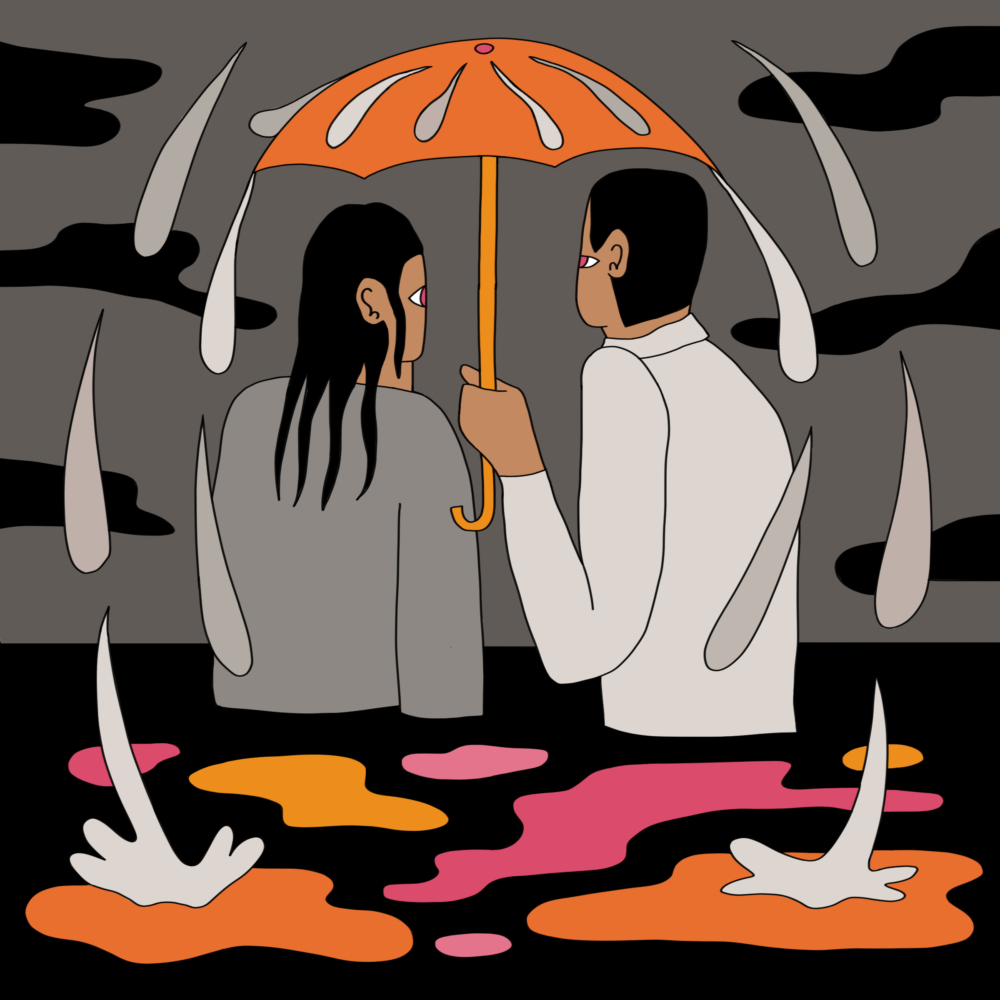 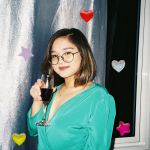 This is the first time I am writing about this, about you. The specifics of our conversation are opaque now, like a fogged up mirror after a steamy shower. I stare at it and only see the gauzy contours of that day. I was on the way home from a long day at an internship (like a sales agent, I called people from a list and mechanically asked if they were interested in a job). I got off at half-past five. By then, the streets were filled with the majority of the country’s urban workforce chasing jeepneys on the side of the road and fighting for that last breathing space on the bus. The sky was grey, like the foamy detergent on the washing machine after it’s been soaked with the blues, reds, and greens. I waited by the side of the road, along with maybe ten people (you included), for a jeepney to take me to the nearest train station.

That was the year that I felt most cumbered by the weight of my decisions. I declared the wrong major (I took Psychology instead of English, thinking I could have been chums with some of the best writers the country had to offer and spent my days poring over the draft of my first novel) and decided to take my thesis the same semester I took a full-time internship. I witnessed my group of friends dissolve as one by one they graduated from college. Drunken balcony nights that trickled down to occasional Telegram messages. That year was the culmination of my loneliness.

“Mag-isa ka lang ba? (Are you alone?)” You came up to me, wearing a white long-sleeved polo and slacks, holding a collapsible umbrella. Why that question among all questions? Were you worried that you were intruding? You offered shelter under your umbrella, the droplets of rain getting bigger and more frequent, coating the shimmering asphalt in a darker matte shade. You must have seen it on my face—a look of panic, then resignation. Like most romantic comedies, the weather was the prerequisite to our conversation. But we were in Manila, where kindness from strangers could be a modus operandi, mistaking goodwill for something perverse.

My mother always alluded to how vulnerable I was to the hooligans and hoodlums that roamed the streets of Manila, waiting for their next wide-eyed prey. I possessed that look, even now—of a doe-eyed school girl—despite how my vices and tattoos betrayed my looks (I frequently smoked lime-flavored cigarettes) and hinted at an unstirred blasé maturity.

You waited with me in the long line for jeepneys—I worried that my discomfort was showing. But why should I? You could have been a groper or a pyramid scheme recruiter. The pink and orange glow of a nearby Dunkin’ Donuts reflected on sheets of water ahead of us. Our conversation was made hazy by the number of unrevealed intentions. Since when did you stop being a stranger and start asking me about my life? I was caught off guard, but allowed a few facts to spill out with fiction. With you, I was Sophia. The same name I’ve given to random guys who’ve come up to me in bathroom lines at low-light, overcrowded bars. We stood close to each other, aware that my right arm was only inches from yours, my legs stiff and pressed together.

Once we were in the jeepney, I waited for you to ask for my number or devise a way to see if I had someone in my life (I did), but instead, you took out your leather wallet and handed out 14 pesos to the driver. The system of jeepneys, in Manila and elsewhere, rests on one basic customary code of etiquette: The closer you are to the driver, the more often you’d have to assist people in delivering their coins to the front. I did a quick mental note and feigned surprise when I realized you were paying for the both of us. I protested, but let you reach for the driver’s proffered hand anyway.

I remained guarded. You said you were a graphic designer, and graduated from a public university. I came from a well-known private university from the same city. The class difference hung in the air, but this didn’t matter to you. You piled one sentence on top of the other like jenga blocks, while I disassociated from the conversation anticipating the moment it teetered over. Your disposition was intimate, kept, mild. I must have talked about how much I hated my internship. I tended to do that. I focused on the protracted hours of everyday life and its special torture. I can’t help it when I feel genuinely surprised by my acute misery at how people can sit on a desk unperturbed for hours on end, drawl out mechanical spiels, and stomach the crude responses on the other end of the line. Nevertheless, the sound your words made settled over me like velvet.

I sat beside you in the jeepney, my hair blowing in the wind as I looked outside and took to avoiding your gaze. The darkness was punctuated by neon bar signs and, farther down the road, the flickering lights of the train station overhead. The avenue was chaotic, vehicles of every color and size trying to force themselves into openings on the road like mismatched cinder blocks. My mind was soaked in the chemicals from car exhausts. I let it float along with the black smoke as I stared blankly at sweaty pedestrians on the side of the street lugging their backpacks across their chests and frantically eyeing jeepneys for gaps between seats to squeeze themselves in. Your soft, silvery voice wedged me right back to where I was sitting.

I let myself imagine if this could be the beginning of something. I figured that there was a tinge of flirtatiousness to your initial advancements. But admittedly, it was impossible to go along with it if I didn’t entertain even the slightest the idea that I could fall in love with you. And by falling in love, I mean in a less serious way. There was nothing about us that told me that we were soulmates of any kind, but I looked at my life in third person, witnessing a black-and-white story unfold on screen, at once familiar and far removed. As if I was a 21st-century Marie Antoinette peering through theater lorgnettes.

I needed it—your unadulterated attention. Or as Ross Gay said in Book of Delights, fleeting intense attentions or intense fleeting attentions. Maybe you saw something in me. I derived a certain delight from knowing that at that time I was a person you wanted to get to know. That the facts of my life became less vindictive and stale when said out loud in my own voice, or heard by a stranger. That my dreams, spared from necessary fabrication, for a moment held intrigue and merited follow-up questions.

As we were nearing the end of the route, halfway past Buendia to Taft Avenue, you told me that you were meeting your girlfriend of two years at a Starbucks. I let you know that I was seeing a guy for several months then. There was a sense of relief, a disavowal on my part and yours. Did you want me to offer my number? It didn’t seem virtuous at that point. Besides, if you did ask for it I would have switched the last three numbers. So we parted ways, and you may have said good luck. Exactly why, I don’t recall anymore.

Is there something to be learned from fleeting encounters that waned just as it formed like ours? I think so: a suspension of disbelief. Briefly, an open door. Inexplicable acts of goodness from strangers welcomed again. Heart unraveled, exposing loose threads. Like falling in love for the first time or dipping your toes in the pool in the thick of the glaring persistence of a tropical summer, it’s unsophisticated and coaxes you into taking more risks and ignoring your mother’s advice about the dangers of the unfamiliar. You become greedy. Searching for the feeling again. All in the offhand chance of a brief connection, a nick in between long stretches of being with ourselves.