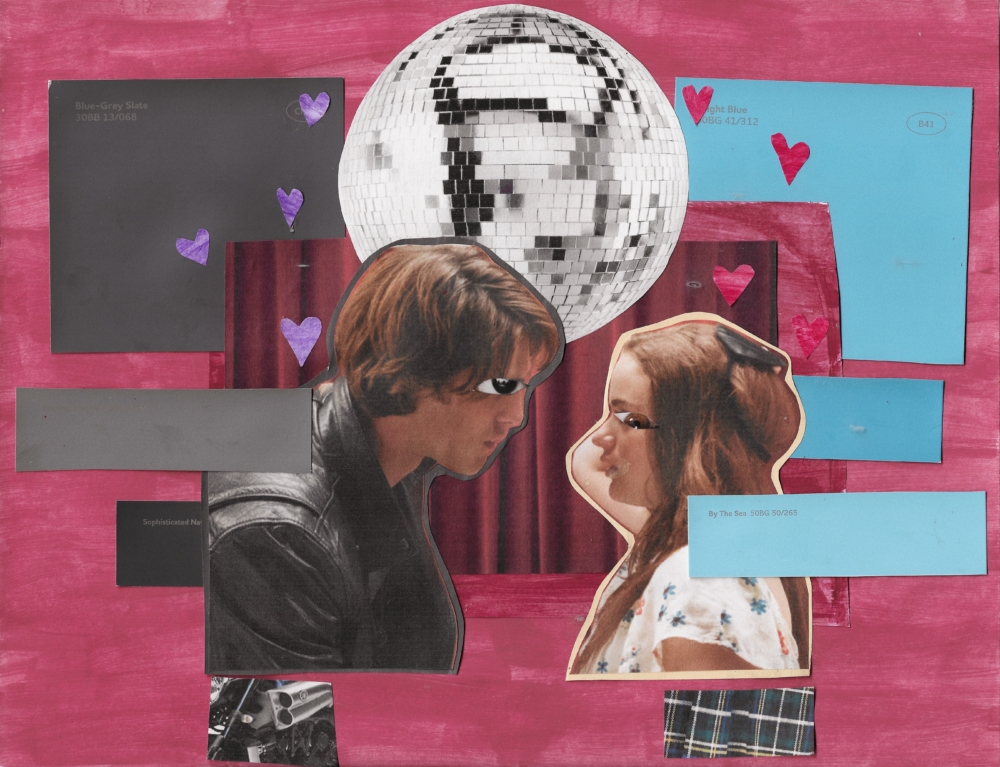 This is the first installment of Crybaby’s new film review series, “I swear it’s not that bad,” where writers argue for their favorite bad movie.

“This is all your fault, kissing booth!” Elle (Joey King) exclaims in her almost constant first-person narration.

She’s just gotten into a big fight with her best friend Lee (Joel Courtney) and her best friend’s older brother Noah—AKA her secret boyfriend (Jacob Elordi). Lots of drama is happening at the moment and clearly, it is all the kissing booth’s fault.

But now that we know all of that, it’s time to rewind a bit… what exactly is the kissing booth and why is it causing so many problems?

Well, inside the movie’s world… that is where Elle first kissed Noah—which was strictly forbidden based off of a rule book she and Lee had created at the ripe old age of six. But in the real world, “The Kissing Booth” has managed to not only receive pretty terrible reviews from critics, but a lot of memes and disparaging comments from should-be fans.

It’s hard to describe how “The Kissing Booth” manages to be so poorly written, yet so fun. But I have a feeling it has something to do with being written by a 15-year-old.

Based on New Zealand-born Beth Reekles’ novel, originally published on Wattpad, a popular fan fiction site, the movie oozes pre-teen energy. With actors clearly in their late teens and early twenties, phrases like “tastes like green” and “make out girls” sound quite foreign coming out of their mouths.

The movie, while more sexual than many of the other Netflix teen rom-coms, manages to feel more like a young girl’s fantasy than anything else.

But the tween-y energy and the comically bad dialogue give it a sort of campiness that makes the movie fun—even for people outside of the target demographic. Whether or not that was what 15-year-old Reekles had intended is unclear, but I suspect it was written earnestly.

Almost everything about high school is either wildly inaccurate, based off of famous movies, or stereotypical. There is an homage to “the Plastics” from Tina Fey’s “Mean Girls” with the O.M.G. Girls (each letter being the initial of their first name) that Elle is absolutely shocked would want to eat with her at lunch. Then, for some reason, a girl with horrible orthodontic headgear is frequently shown in the background for comedic effect—giving me a sort of “Romy and Michele’s High School Reunion” back brace vibe. And of course, since Molly Ringwald is in it, they play the classic “Breakfast Club” theme song, Simple Minds’ “Don’t You (Forget About Me).” This along with passing notes, a mini skirt as the school uniform, and an elaborate carnival “fundraiser” for a private school that clearly has more money than any public school could ever imagine, shows just how much of a pre-teen fantasy it all is.

But more than all of that, the parties are absolutely ridiculous.

In a similar way to Giannina, a cast member of Netflix’s “Love is Blind,” learning English by watching romance films and subsequently giving her incorrect ideas about love—it is very clear that Reekles had only seen American high school parties in movies and had never been to one.

While I will say, I did not grow up in Beverly Hills or whatever wealthy neighborhood in LA this movie seems to be set in, not too long ago I was a teenager who went to parties and knowing my friends who did grow up in LA, the parties were not like that.

Obviously Netflix is not going to show Elle doing lines of coke in Noah and Lee’s outrageous glass house. But the number of oddly choreographed dances at this high school rager is just silly.

Of course no one, including myself, watched “The Kissing Booth” for a chilling exposé on rich LA teenagers, but still.

That is why the audience’s approach to watching “The Kissing Booth” is, in some ways, more important than the inaccuracies. If you go into the movie not understanding who wrote the original story—I can understand why you may hate it. But if you go in with the understanding that a teenaged Kiwi wrote this weird LA romance fantasy and enough pre-teens loved it for Penguin Random House to buy it and Netflix to make a movie out of it—it becomes much more endearing.

This weird pre-teen fantasy also features some great actors—with some of the young ones having their big “serious role” break shortly after “The Kissing Booth”’s release. Joey King, who is a very relatable, girl next-door type in this movie, starred in Hulu’s “The Act” and was nominated for a Golden Globe and an Emmy. Jacob Elordi, went on to be a main character in HBO’s “Euphoria” which, while inaccurate in a very different way, is supposed to be a teen exposé. And Joel Courtney, just seems to be heavily invested in “The Kissing Booth” franchise which has at least one more movie in its saga.

But back to the incredibly gripping plot…

Shocking as it may seem, Joey King’s portrayal of Elle is both modern and feminist. She manages to have her best friend be a straight boy, not end up with dating him, and doesn’t fall into the gross “not like other girls” trope. She is funny and bold. And most importantly, she stands up for herself and doesn’t let boys, even those closest to her, tell her what to do.

Mixed into a silly montage, she is seen buying condoms which may not seem like a big deal, but as a movie that feels very much geared towards girls ages 13-17, it is great to see that normalized. Seeing a young woman have a truly healthy sex life is rare enough—so to see her also being an active participant and taking control of her own sexual health is great.

But then, all of a sudden, you think that maybe there is something wrong with the movie—Lee. Once it’s revealed that Elle broke the most important rule—“Rule #9,” Lee flips out. He makes some weird comments about Elle and Noah having sex which, very obviously, is none of his business and in no way makes her a slut—something he seems to imply. All of a sudden, this healthy friendship turns petty and possessive.

But Elle, like the feminist queen she is, tells Lee to knock it off. Just like she would never want to control who he dates (or as this movie puts it “loves”), he can’t control her either. If she wants to have sex with Noah in front of the Hollywood Sign—Lee has to be okay with that. And thank god he is—because the movie was already long enough without suddenly making Lee a villain.

As the movie comes to a close, the movie again makes a refreshing choice—Elle and Noah kind of stay together, but kind of break up. It feels like the most realistic moment when Elle admits that her relationship with Noah, while special and important, was temporary.

“The Kissing Booth” is far from a masterpiece. It is cringe-y at its worst and camp-y at its best. Word for word, there was a moment in the movie where Lee, with a straight face, said, “Don’t end up rubbing coochies with my brother.”

So as long as my mother refers to her viewing experience of “The Kissing Booth” as “punishment,” I’ll be reminding her of this famous quote: “The kissing booth meant something to people,” (Elle Evans, 2018).

And it did mean something to people—people like me.