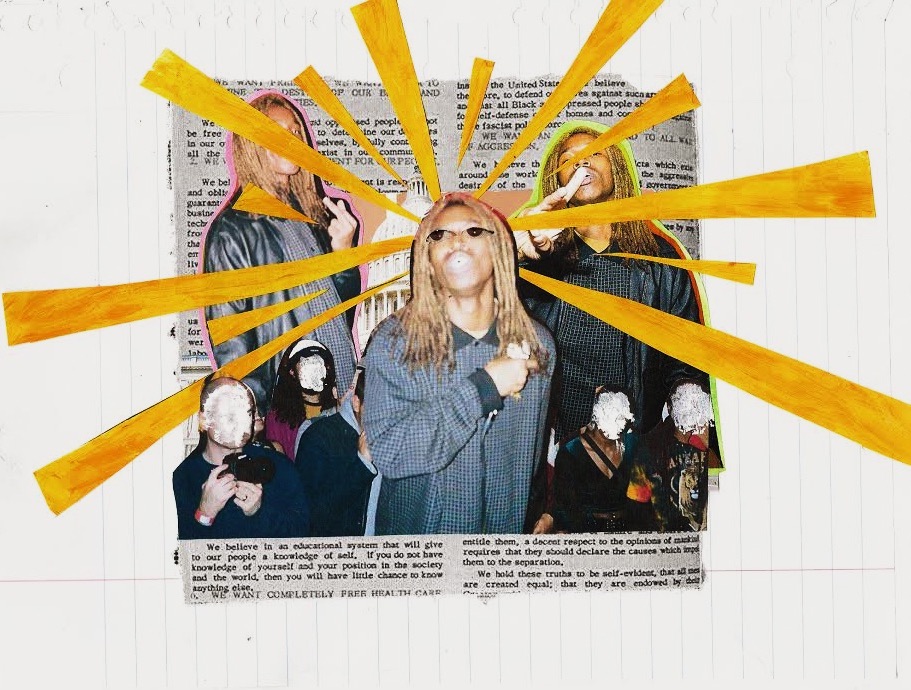 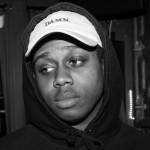 D.C.-based rapper Mavi has started to make a name for himself. The 20-year-old released his debut album, “Let The Sun Talk,” on October 18th, 2019. However, many first heard his fast, raspy rhymes on Earl Sweatshirt’s latest mixtape, “Feet of Clay,” which came out after his album’s release. Mavi’s feature on the track, “El Toro Combo Meal,” instantly established him as an extremely skilled lyricist—in a verse lasting just over a minute and a half. He was able to really make his mark with his thirteen-track project, blessing his new fans with thirty-two minutes of soulful, inspired, and most importantly, progressive hip-hop.

On “Let The Sun Talk,” Mavi is direct. He rolls bar after bar, never pausing for a moment, and yet every word has explicit purpose. He speaks very deliberately about relationships—with friends and family, with substances, and with himself. It’s a collection of songs that are so honest. Mavi lays his soul bare, autobiographically at times. He tells stories—true stories—about spirituality, black oppression, suicide, love, and loss. The skill he shows as a writer matches the caliber of an author. He “makes the kind [of songs] you gotta read, baby,”—a line from his song “Sense.”

The beauty of shows booked by artists themselves, rather than managers and agents, is that they are always more personal. A connection has been formed by the end of the evening, one that says, ‘we’ve done this for you, not a check.’ That’s how you gain a crowd’s respect. The passion of the performance, the meaning behind the music, how sonically pleasing it is—that’s how you gain a crowd’s attention.

After talking to Mavi, witnessing what he does, and how many places he is at once, I don’t actually understand how he gets anything done at all, much less things like this. The man is a genius, and you would have to be to accomplish what he has at his young age. Not only his music’s physical form, like his digital and vinyl releases and performances, but the conceptual form of his work expresses true talent. The mind you have to have to conceive these ideas and execute them, while balancing and maintaining a healthy lifestyle is one far beyond my own comprehension. I did my best to try and see what was going on in his head.

I ran into him on my way into the venue. He was out-front, smoking, with D.C. native, WIFIGAWD. We had barely spoken that day and I was a little nervous about how everything was supposed to go down, but he recognized me immediately and gave me a warm welcome, which was much appreciated. We had only met once before and he’s not a man of many words off of the mic. He told me to meet him behind the stage, downstairs.

He walked behind the curtain with a bottle of green juice and a glass of water, I watched as he finished both and looked into my friend Gustavo’s camera, “Health is wealth,” he said. I asked him for a few minutes of his time, “Say less,” he replied.

The Howard University student is incredibly wise beyond his years. I listened to him speak casually about radical pro-black activist movements throughout history as he sipped D’ussé from the bottle in a poorly remodeled bathroom at Songbyrd, near Adams Morgan, D.C. Confident, calm, humble, and very intelligent. We discussed his influences, his rapid success, and his thoughts on living in 2020’s Black America. 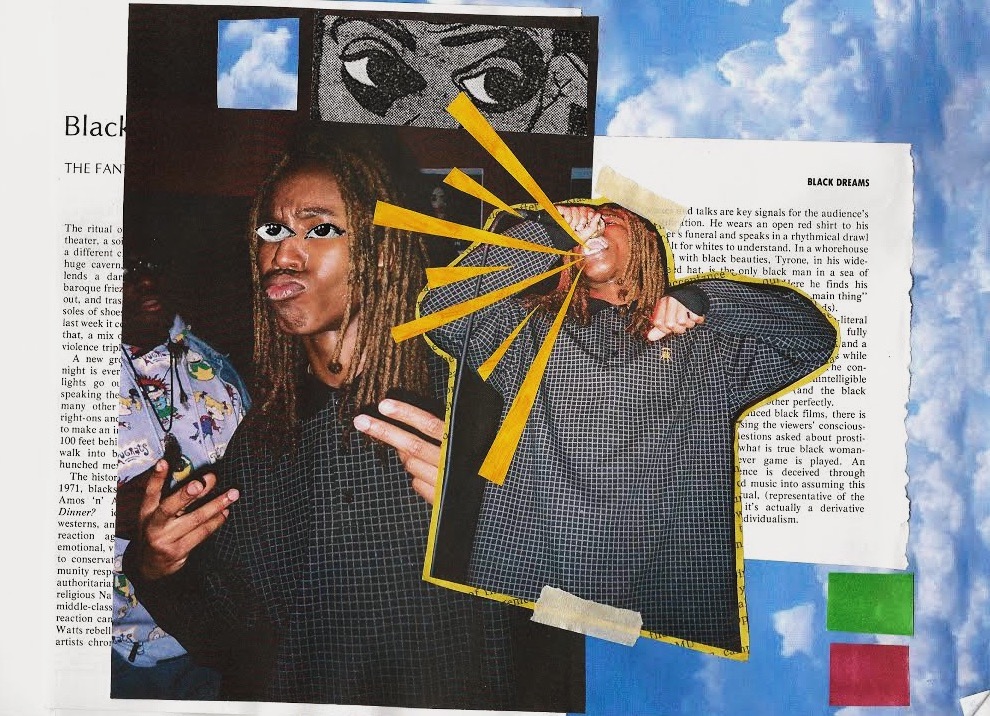 Jourdan Taylor: What rappers did you draw inspiration from when you started making music?

Author note: He has learned from the styles of these rappers and created something entirely original. The blackness stands out foremost – he pens poetry about injustice from experience, in extremely layered speeches, something all of those artists do as well. He preaches righteousness in many forms, not afraid to speak truth to power.

JT: What about now, who are you listening to right now?

Author note: He’s describing southern trappers, New Yorkers, and legends of R&B/Soul. The children and grandchildren of the “Blues” era. The common theme is discussion of the black struggle. The reality of black lives set to a tune.

JT: How does it feel to perform your first show as the headliner?

M: It’s dope. It’s so dope. All these other acts are so fire. I don’t even really know how I’m gonna follow it up.

JT: Before you released the album, did you predict that any of this would happen? That it would be this successful?

JT: How are you reacting to it right now? You must be losing your shit!

JT: Is it all positive?

JT: Do you think you’ve really hit your goals so far, musically? Or surpassed them? Are you where you thought you would be in your career at this stage? Ahead of that, or maybe behind that?

M: See, I just see this shit as… Nobody alive is really finna blow me out of the water on no rap shit. It’s just a matter of who hears me. If anybody hear me and still say, “no,” then I know it’s just not about some shit that I care about.

JT: So, to you, is it about as many people hearing you as possible?

M: It’s not about if everybody hears me. So, it’s just like this—I’m gonna exercise this rap shit to the fullest potential and just see what happens. Think about it, I’m just gonna get sooo strong, it’s like doing mad push-ups—forever.

JT: Just keep your rap muscle in shape, for real.

JT: Then what are your actual, physical goals for the future?

M: My goals are to make the people who provided for me when I couldn’t provide for myself—to provide for them. That’s my main life goal. Then my other goals are to just like build businesses, establish myself financially. Live a life so I don’t have to be around for that… like that creative struggle and financial struggle. I want my creative struggle to be documented because that’s the dialectic, but I don’t want my life to change as a result of that. I want it to be like I can make rap do different shit.

I’m tryna make music do other shit in times of tragedy. The energy I put into music, I put into financial breathing room and comfort. Assets for my family and my community. 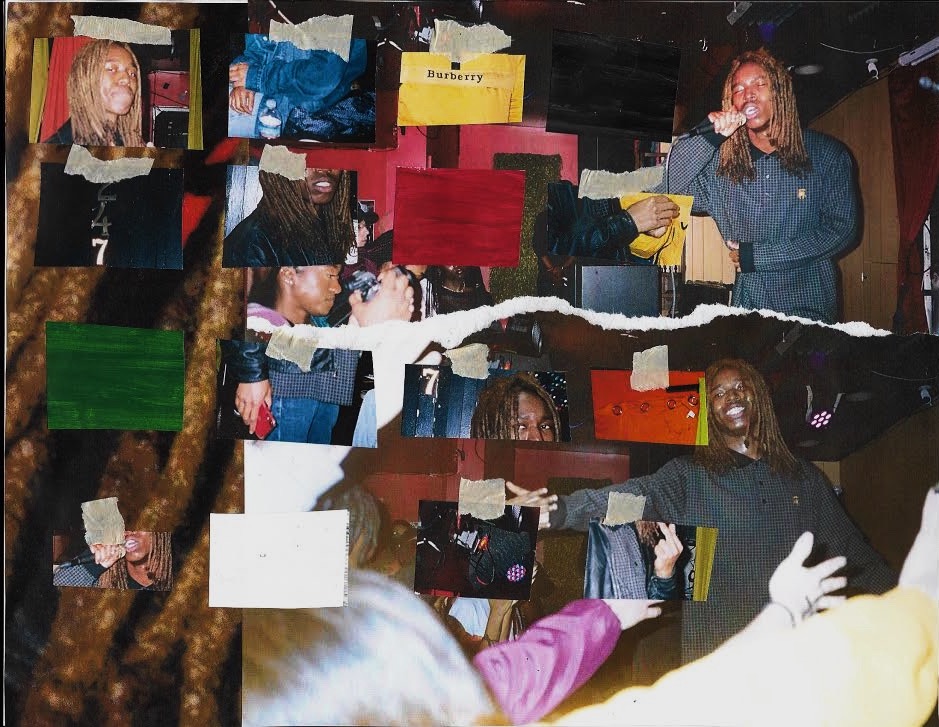 M: To ally yourself with other people of African descent – with a skin tone of a certain darkness—politically, materially, and culturally.

JT: I ask you to define it in your terms because I saw some discourse you were having with your followers on Twitter about the ‘Hotep memes’ trend. Do you think it is, now more than ever, important to protect ‘blackness’ in that way?

M: Well… No… Yeah, but no. It’s important to protect Black people. “Blackness” is like some like… weird psychological side-effect of living under this white-supremacy shit.

“Blackness” didn’t exist until there was a need for it. And… I don’t know that African people around the world necessarily want to be “black”… and I don’t feel like we should force them to be if they don’t.

I also feel like we should have a way for African people to share interests outside of a shared oppressed identity. That’s gonna require finding new forms of identity that are our own. And determine our own needs and kinship, so we can find a new identity for the people that are a part of the diaspora.

JT: What’s campus like? Do people treat you differently at Howard now?

M: I haven’t been back to school yet… I’ll go back though… I’ll probably go back tomorrow.

JT: If things really take off in 2020, do you plan on finishing?

M: Yeah, I’m gonna finish school, period. Whether I do it now? Whether I do it in person? These things are both question marks. I’m definitely go back though. You know, one of my best friends told me, “one of the best things about you is that you’re not delusional.” So, I’m trying to stay un-deluded.