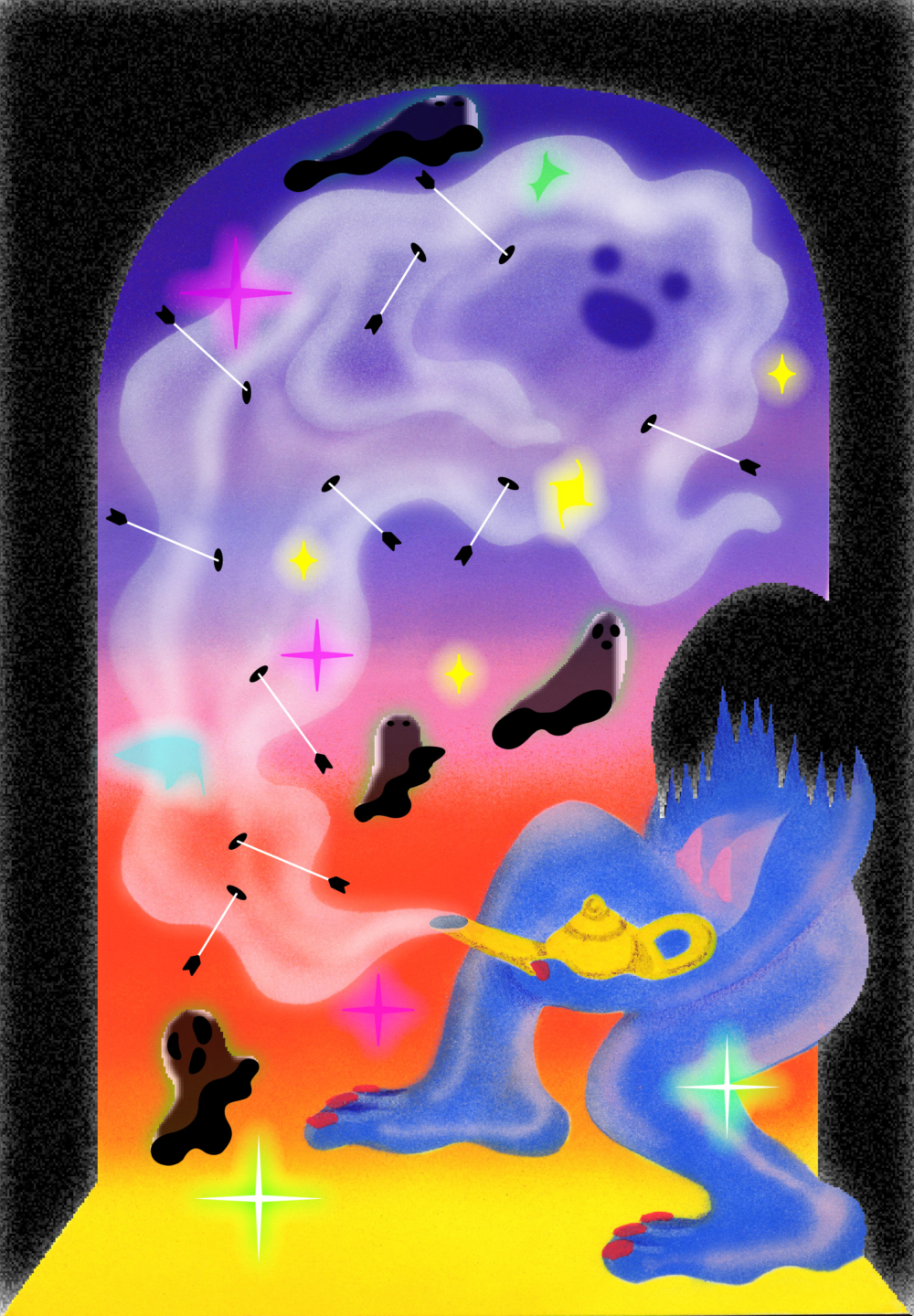 I’m a summer baby and I love everything about my season, even amidst monstrous mosquito bites, heatwaves and tourists. As a Cancer, however, I honestly can’t say the same for my astrological season. This year it was no walk in the park, with two eclipses and Mercury having been in retrograde. That one meme about Hot Girl Summer nailed it: “Hot girl…suffer.”

As if my life isn’t already enough of a horror-comedy, these planetary alignments had me tiptoeing around rock bottom and basking in self-pity for the tragically humorous chain of events that I thought had been the demise of my Hot Girl Summer.

Let’s be real: shit happens all year-round. Regardless of the timing of astrological plot twists, people are constantly under duress and rock bottom is always there for us. When Mercury in retrograde first began, I definitely had a moment. Or two. I’m typically the type of person who knows how to slap myself out of funks and overcome meltdowns, but there was simply no getting it together this time.

Wallowing in despair for every single thing that seemed to be going wrong in the moment, I couldn’t get past Murphy’s Law taking hostage of my life—if anything can go wrong, it will go wrong. In fact, I refused to move past what was just a glitch in the luck matrix and chose to stew on my false accusation against Murphy’s Law instead because no one could have felt as bad for me as I did.

When I was on a crawling train one steamy July day, having one of my moments—I was running late to work because my roommate had occupied the bathroom for the entirety of the Neolithic Age, someone made a pathetic attempt to scam me for money over the phone, and I couldn’t find my house keys—I was sandwiched between an elderly woman reading a book about the life cycles of trees and a middle-aged man reading the obituaries in the Times. It had me thinking about my birthday just passed—life cycles, growth, genetic predispositions, how I’ve dodged enough New York City traffic and men to complete another rotation around the Sun. (Mortality is a funny thing.)

Who cares if some guy ghosted me or if I was 10 minutes late to work or if I puked out of a cab on the Brooklyn Bridge listening to Mark Ronson’s “Late Night Feelings” album (True Blue ft. Angel Olsen, specifically)? So what if a salty Hinge date canceled the Uber ride for my friend when she was still in it? Running late to work, stress pimples, not getting a text back, missing a deadline—these tragedies all seem relative when contemplating death as the alternative.

I believe that this perspective is freeing. It’s simply a natural mechanism of the binary—there are no ups without downs and death wouldn’t even occur if there was no life with which to begin. We’re all going to die anyways, which means that life in all its best and worst moments is so meaningful—not meaningless.

Rather than see death in a morbidly dramatic or nihilistic way whenever giving myself a reality check, I prefer to see it the way Bhutan does. The small Himalayan nation, known for its progressive Gross National Happiness policy—an index by which the government measures collective happiness and well-being—is one of the happiest countries in the world. They believe that in order to achieve true happiness, one must contemplate death five times a day.

“Rich people in the West, they have not touched dead bodies, fresh wounds, rotten things. This is a problem. This is the human condition. We have to be ready for the moment we cease to exist,” explains Karma Ura, director of the Centre for Bhutan Studies, with Eric Weiner for the BBC.

In Bhutan they do not censor death. The Buddhist country often depicts death in its religious iconography through vividly gruesome artwork, complementing the religion’s beliefs about suffering and reincarnation. Buddhists believe that you shouldn’t fear dying any more than you fear discarding old clothes.

Accepting death for what it is—an inescapable truth, part of the cycle of life—is why Bhutanese people are able to avoid heavy psychological damage that seems unavoidable in the West. They do not fear and flee emotions like we do because they have a deeper acceptance for all aspects of life, whether comfortable or not, since comfort is not the point.

In the West, we have been taught to have an aversion to any emotions other than happiness—we run away and medicate, rinse and repeat. These experiences are seen as things to get over, not to accept and live through. In fact, let’s not even go there.

Thinking about death even once a day is definitely going there. And going there, thinking the unthinkable, accepting your fears in order to overcome them (as if escaping is the same thing as overcoming), allows us to go about things in ways we ordinarily wouldn’t. Ordinary being the operative word, thinking about death is motivation to seize the moment and be more than ordinary. To be extraordinary.

I shared my perspective on the inevitability of death over taquitos with my friend in SoHo on the first Friday of Leo season. We sat outside on 6th Avenue during sunset and as I began concluding my argument, a motor accident happened at the intersection by which we sat. I’d spun in my seat and saw a man splayed on the street with his motorcycle turned over and a sports car positioned before him. My friend had run over to help the man stand up and pick up his motorcycle, while the driver of the sports car attempted to defend himself.

My jaw dropped, of course. My friend later described the incident as a total Freaky Friday moment in relation to what our dinner-time discussion had been prior. It’s as if the universe wanted to personally give me empirical data to support my argument (not that an injured motorist is a good thing, obviously). While terrifying to witness, it was also motivating. I decided then to just shoot my shot whenever the situation calls for it, to call my mom later that night, and to never drive. You know, moment-seizing decisions.

Life goes on, regardless of the planets or whether we’re ready or not. Leo season was simply a different manifestation of messy for me and so far Virgo season has been full of life-and-death surprises, equally energizing as they are exhausting. Hot Girl Summer might be coming to an end, but ultimately it has been abundant with blessings and clarity.

Not to sound like some reusable Lululemon bag, but sometimes it all starts with the breath and simply culminates in priorities and perspective. So breathe, because shit does happen, beliefs do become reality, and sometimes it just be like that. And what are lessons but the wisdom that is necessary in order to be ready for the blessings?