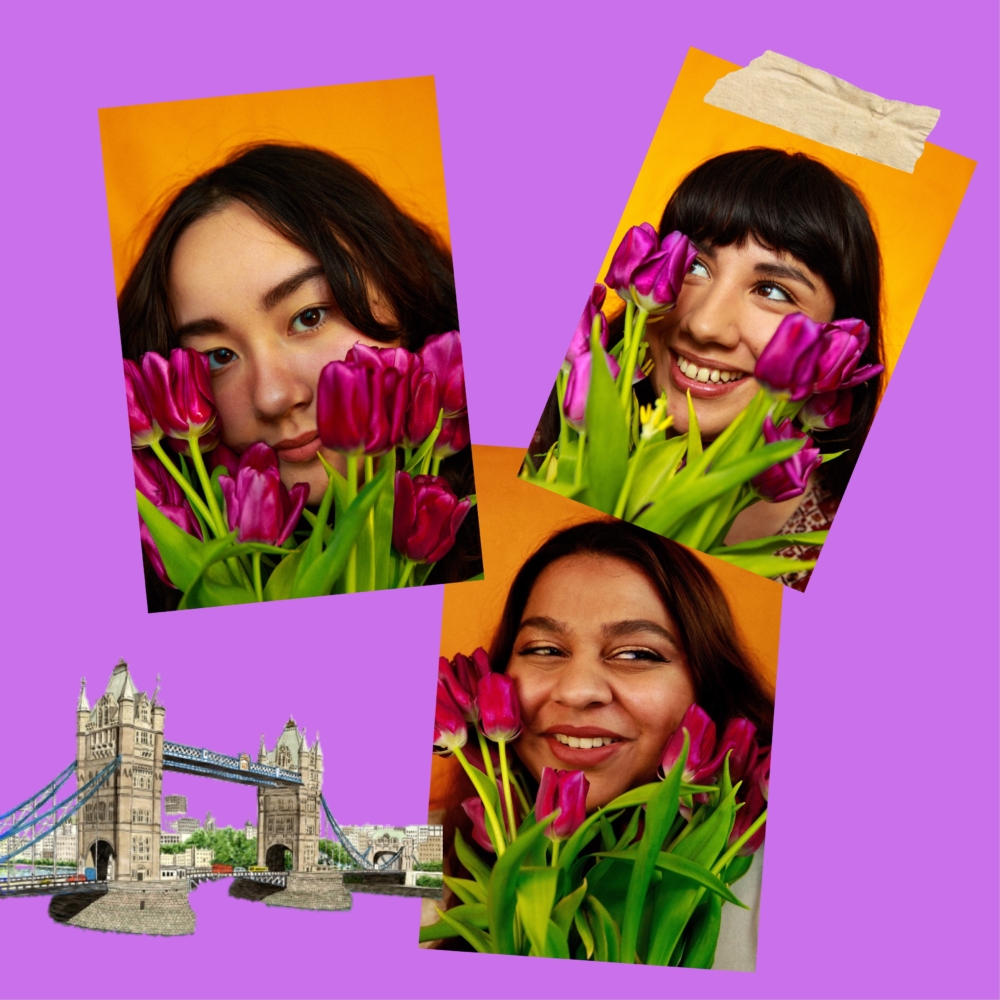 Crybaby’s “Girls On” series works with young local photographers and has them shoot their friends. This issue, Crybaby went to London and LA.

To me, obsession is often something that happens when other things in your life are going in a way that you don’t want to pay much attention to. It’s an escape, it’s a way to channel your energy into something that makes  your time spent on it meaningful. It’s essentially something that can become productive, though it might not start that way!

I’m obsessed with finding new shows to watch and dissect. I love finding little details that I might have missed the first time I watched it. I feel as though I learn about the creative process when I find those hidden gems! I’m a sociology student, and tend to look for larger societal explanations, and sometimes I do find them and sometimes I don’t. But I appreciate different shows for the different genres they are. Some can help you relax and some can stress you out. I think they’re worth obsessing over, because they can provide a really great distraction from the realities of life!

I have been part of the Harry Potter fandom when I was younger. I read and re-read the books over and over again until I knew every Easter egg and every painstaking theory or detail that there was to know. It was a good way to start conversations about real world issues and also to just avoid conversations about the real world. School was tough and the online Harry Potter community was a great way to deep dive into a different world!

There is danger with obsession if it becomes all-consuming. It shouldn’t cause physical or mental harm to you or anyone else. And it shouldn’t take over you that you cannot keep up with whatever responsibilities you might have. But it helps with being able to balance things. Ideally, it’s probably good to not obsess over just one thing. Diversify!

Obsession is when your heart explodes because of a person or thing.

I’m obsessed with nice shoes, clothes, great movies/shows, Ariana Grande, and dogs. Things that are worth praise are worth obsessing over; things or people who have made an impact on your life, or have helped you shape your ideologies deserve your obsession.

I grew up very involved in the Twitter and Tumblr communities so I couldn’t avoid fandom culture if I tried. Any shows or bands or artists that I found inspiring became a part of me forming my personality and preferences throughout my teen years and have been shaped and molded to where I am now. I have made many friends online in those years, many I’ve met in person at concerts and festivals and are still talking to this day, so that’s a very heartwarming and wholesome part of this culture that I’m grateful for.

I think it’s very obvious that obsession can definitely be dangerous and unhealthy! As long as you’re not doing some “You” stuff then you’re good haha. You do you but you still gotta be respectful to other humans!

Obsession for me is when you’re unable to get something off your mind, no matter how hard you try. I’m hearing ‘I’m obsessed’ a lot online right now. Like ‘obsessed with your outfit,’ so I guess people are using it in a more of a light-hearted way. However, I do think that there’s danger linked with obsession and my own relationship with this word has changed a lot from when I was a teenager.

Now, I’d say I can become obsessed with things I’m passionate about. As an illustrator, I can get a brief and not be able to think of anything else. I’ll find myself daydreaming about ideas when I should be doing other things. I can get obsessive over my illustration work because I love doing it, to the point of sitting for hours straight drawing and not realising I’m hungry or thirsty until I’ve finished. I get this weird desire to complete it and get caught up in the moment. I’d say it’s a much more productive obsession than others I’ve had.

I find a similar thing with books and TV. I like the escapism of following someone else’s story and nowadays it’s so easy to get trapped in a TV series, because they make them annoyingly easy to binge. I’m not sure anything is worth truly obsessing over, but it allows me to get things done when I often feel like I don’t have enough hours in the day.

My earliest memory of fandom would be how much I loved Busted and McFly when I was younger. It’s funny to think back to it, I used to have posters all over my walls and make scrap books with drawings of them covered in little love hearts. I’d use my pocket money to buy magazines just so I could find their pictures. Looking back, I find it hilarious how into it all I was. It’s also a little creepy thinking how much these early noughties boybands would reel in teen girls. It’s not changed much though with the success of One Direction and all the pretty mediocre boybands that will continue to pop up.

I remember fandom was very much a shared experience with my friends in Primary School. We’d go on to love the Harry Potter books and films. Then in high school I was embarrassingly into Twilight with my friends for a while. I suppose it was a way to fit in.

Nowadays, I feel my fandom has shifted more towards admiration for other people online, especially women. I think social media has really changed fandom, because intimate details about celebrities and musicians are so easy to find. I’ve stopped finding it as interesting.

I now find myself being so inspired by other BAME people. Being online has enabled me to find communities that look like me, plus have a similar interest in race and identity. I found my way into the London Latinx community through online spaces, which I never had access to before. It’s also amazing seeing many illustrators, such as Ashley Lukashevsky, blending their art with social justice. It’s refreshing and they’re the kind of role models I wish I had growing up, because I never truly fit in when I was younger being British-Chilean. I feel my fandom would have been massively different as a teenager if I had access to the same BAME circles I do now.

For sure, I still think obsession is a word with negative connotations. Even the ‘productive’ obsession I mentioned when illustrating often means I ignore my mental and physical health. I think glamourising obsession is also problematic. I recently watched Pure on channel 4 about Obsessive Compulsive Disorder (OCD) and I thought it was great to see a lot of OCD myths debunked. I think we should be careful about throwing the word ‘obsessed’ around so easily, because there are serious mental health issues where obsession plays a big part.