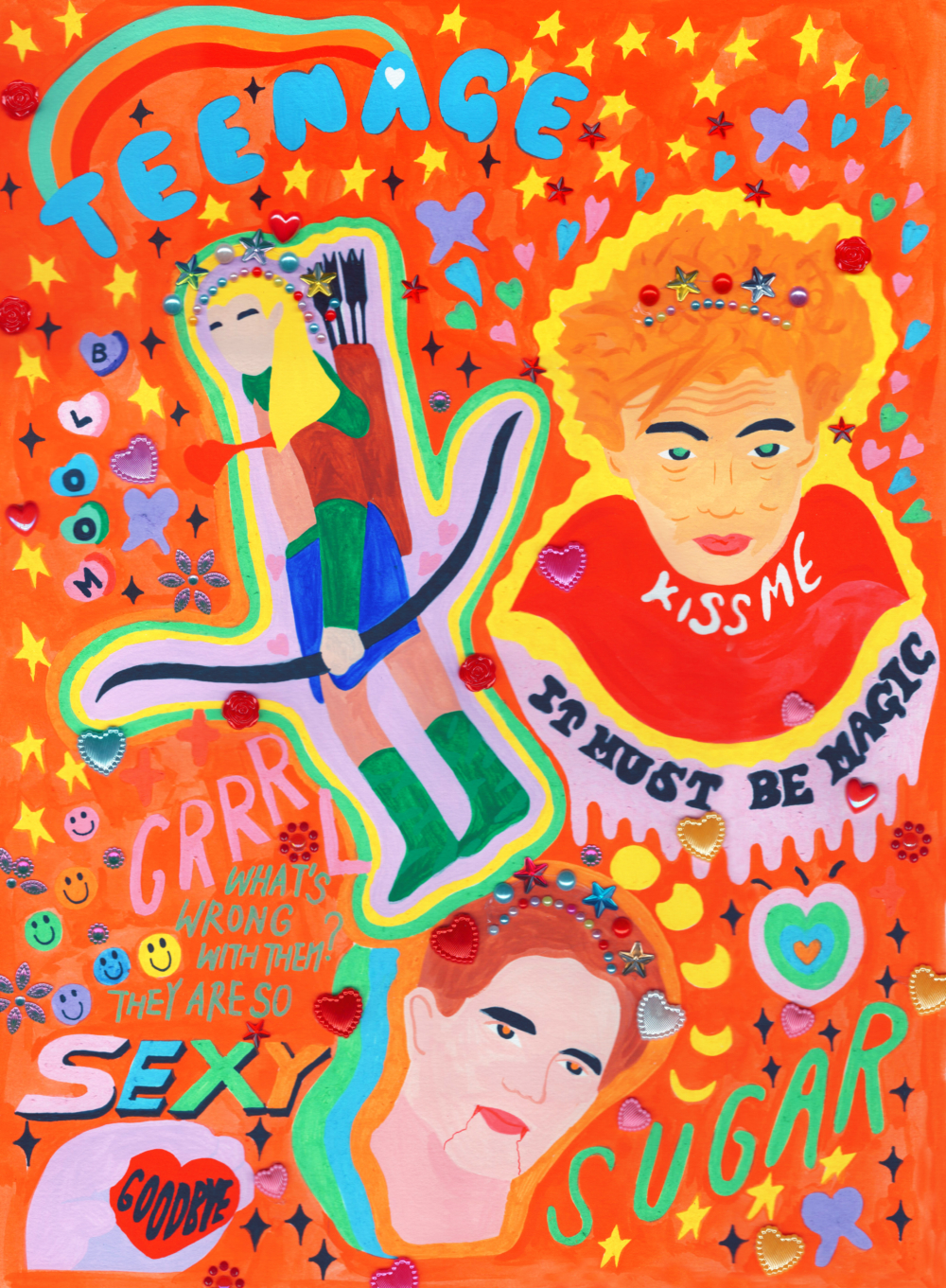 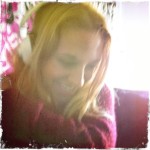 Story by Chandra Johnson
Illustration by Li Ya Wen

In the beginning of “Sixteen Candles,” there’s a scene where Samantha is deep-sighing and pining over brooding jock Jake Ryan after she’s had an awkward run-in with him at the school dance. Her father tries to console her by saying, “That’s why they call them crushes. If they were easy, they’d call them something else.” At the time of the dance, Jake is obviously dating the most popular girl in school, so Samantha feels like her chances with him are shot. It’s been 15 years since I first saw that scene, but the exchange between Samantha and her father has stuck with me all this time–the way the music nestles over his words, the weight of her feelings that felt–and feels –so relatable.

An unrequited crush is something we can all relate to, though spoiler: in Samantha’s case she does get the guy in the end. Crushes are typically something we deal with during our younger years. They’re intense, messy, hormone-filled, and really feel like the end of the world. The best way to describe it is that feeling of holding your breath when you have the hiccups. No matter how hard you try to suppress it, it still creeps up on you. For whatever reason, you just can’t shake the warm and fuzzy feelings when you think of, or see, that person.

At least that was the case for me. As a 12-year-old girl at Salisbury Middle School in Allentown, Pennsylvania, I filled notebook upon notebook with notes and scribbles about cute and popular boys who never seemed within my reach. I was the self-proclaimed back burner girl for my crushes. It was only when they broke up with their girlfriends that they would then go out with me.

Take my crush from 1st to 5th grade, Kolten–that boy always had a girlfriend and that was only in elementary school. Then there was the three-way call trick where my friend would call him and I would be on the other line without him knowing. “Yeah, after I break up with Britney, then I’ll go out with Chandra.” There I was, desperately and permanently waiting on the sidelines for my crushes to even just glance in my direction. Looking back on that time of my life, I feel sorry for that girl who was okay with being someone’s second choice.

But in 2003, when the “Lord of the Rings” franchise released its final film in the trilogy, “Return of the King”, during my 8th grade Christmas break, a certain character by the name of Legolas caught my attention and I began to fantasize over the actor behind the elf, Orlando Bloom. A back-to-back marathon of the first two “LOTR” movies played the entire weekend, so in order to get acquainted with the series and said elf, I sat through all 6 hours of every orc-filled, lembas bread, and hobbit foot moment, pining over this bow and arrow wielding, ethereal, blonde-haired hottie.

It seemed like one minute I was anxiously gripping onto my sweatshirt as Frodo destroyed the ring and the next I was deep in Orlando Bloom fanfiction (shoutout to fan website The Orlando Bloom Files). For days, Orlando Bloom was all I talked and dreamed about. He was the imaginary planet I orbited around. When the time came to return to school after winter break, I was devastated. No longer could I spend my time obsessing over Orly (as he was often referred to on fan boards) or watching his other popular film “Pirates of the Caribbean.” A pirate’s life was for me, but, unfortunately, the school day got in the way of that.

Still, I kept the dreamy crush alive in other ways. For example, I had two cardboard cutouts of him in my bedroom, spent my free lab time in computer class exploring the Orlando Bloom Files, and somehow convinced my two best friends to be characters from “Pirates of the Caribbean” for Halloween. Like most young girls who fantasize over some unattainable heartthrob, I daydreamed about a life with Orlando constantly.

According to psychotherapist Vanessa Kensing, it’s when one “chooses the fantasy over normal activities that a crush can become worrisome for someone.” According to her, “fantasy is a normal, and fun, part of the human experience. However, like with most thing[s], when there is an imbalance, there may be an issue. [Like] If you forgo dating someone in real life because they don’t match up to the celebrity crush in some way.” For me, there was always something safe about a celebrity crush. I mean, they weren’t real, so they could never disappoint me.

When the “Twilight” series came out my junior year of high school, like most young people at the time, Edward became my new infatuation. I praised the series for its profound ability to help me get over another crush of 6 years, filling my mind with thoughts of Edward allowed me to release said crush from the dark corners of my brain.

Now, at 28 years old, I’ve unfortunately still fallen prey to men–or in this case let’s call them boys–who are in some way unavailable. It’s not like I’ve intentionally chose these crushes–sometimes we just can’t pick who we have feelings for–but a few years ago, when I realized that it had become such a common pattern in my life, I started to realize that maybe it’s me who is actually unavailable. This thought is something that has crept its way from adolescence to adulthood–shamefully–and has made me want to shelve dating all together. Whether it’s the emotionally unavailable (band boys and bartenders, am I right?) guys from my college days or those who forgot they were already committed to someone else, I began to wonder if there was some sort of correlation between them and the famous beaus of my dreams.

It’s not that the obsession in my adolescence caused me to be attracted to unavailable men, but more that there was a similarity between the two. Kensing explains that this type of pattern of being attracted to those who are unavailable could stem from our circumstances in our past. It could be due to “fear of getting hurt, fear of being rejected, and/or just general lack of experience with the discomfort of vulnerability could lead someone to pick romantic interests that they believe won’t evoke those outcomes and feelings,” she says.

So, what’s behind the pattern of pining over celebrity crushes and unavailable men? “For many, we are drawn to what feels familiar, even when it is dysfunctional or unhealthy,” says Kensing. “We can subconsciously be attracted to people that repeat patterns from our childhood and/or early dating experiences because of this familiarity.” For me, the pattern began during those middle school days where rejection was as common as a Limited Too top and has carried on until now. When you’re familiar with feelings of pain or disappointment, having it happen again doesn’t feel as bad because it’s what we are used to. Even worse, it’s what we accept.

Even if the familiar is often considered more comfortable, there’s still something really lonely about these types of feelings because they are always one-sided. A celebrity doesn’t know you, and statistically speaking probably won’t get the chance to and an unavailable man will never be able to be able to fulfill your emotional needs. That, and he’s probably not trustworthy.

If we could take the space we hold for this person and hold it for ourselves, then maybe we wouldn’t feel so empty. It took me a long time and a lot of therapy to figure that out but slowly I’ve learned to put myself first. At times it might feel like I’m not in the driver’s seat, but now I know that I am in control of how I react and act in any given situation. The control I have in turning off that Timothée Chalamet movie for the millionth time–I try to remind myself that I have that in any unhealthy relationship.