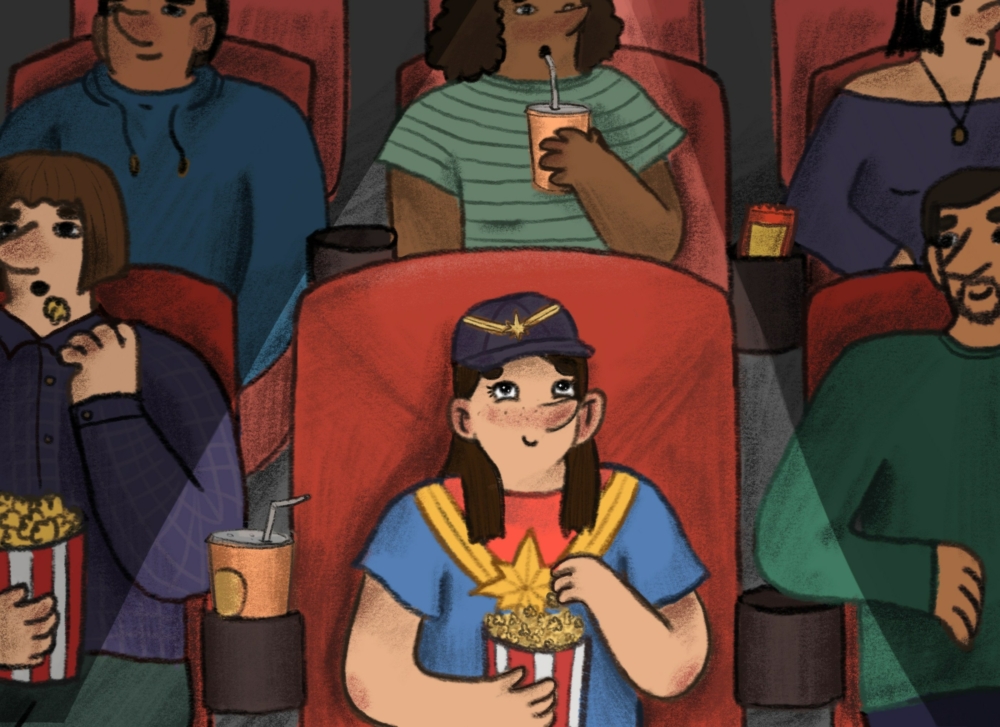 I should preface this piece by disclosing something about myself: I love the Marvel Cinematic Universe.

I saw “Avengers: Infinity War” three times in theaters (which is quite the commitment, given that the run time is two hours and 40 minutes). The more movies that come out, the more heroes that we meet and grow to love, the more intricate–and dare I say genius–the Universe becomes. I am obsessed with how every movie ties together, how everything happens for a reason. Details that appeared in the original “Iron Man” will no doubt have repercussions in the upcoming “Avengers: Endgame.” I mock the people that leave Marvel movies before the mid-credits scene for being so naive, so innocent, so unaware. Those scenes, those 45 seconds, contain precious material.

In spite of all the action-packed ingenuity, Marvel movies have lacked what so many people needed to see on the silver screen–diversity and representation. Up until last year’s blockbuster, “Black Panther,” every major hero in the Universe had been white and male. What few badass women and heroes of color they had were always in supporting roles, aiding the white man’s quest for justice, never on the quest for themselves.

Starring an African superhero, “Black Panther,” is not only Marvel’s highest grossing movie to date, but one of its most critically acclaimed as well–the film took home two out of the six Oscars it was nominated for. Not only did “Black Panther” follow the story of a black protagonist, it also featured some of the strongest women characters the Universe had ever introduced.

On March 8, 2019, a little over a year after the release of “Black Panther,” Marvel gave us the empowering “Captain Marvel,” which follows the galactic adventures of Brie Larson’s Carol Danvers. The daring pilot turned confused Kree Starforce member turned protector of our planet is not just Marvel’s first female protagonist, but the most powerful superhero in the MCU.

This piece will not be a review of the film, or an analysis of the performance of the ensemble cast, or an ode to its whirlwind of special effects. It is simply a reflection of my experience not only as an MCU fan, but as a woman, watching “Captain Marvel.”

I experienced all sorts of emotional cliches while watching Danvers thoroughly one-up not only unexpected villains, but societal norms; I left the theater with a profound sense of self, believing that I could accomplish anything I set my mind to. Our protagonist spends the majority of the movie attempting to piece together the parts of her past that she no longer remembers, mostly her life on Earth before she acquired unimaginable powers. It takes her the majority of the movie to to realize that her greatest weapon has been a part of her all along: her humanity. When she gets knocked down, she gets back up again; she is as powerful as she is because she has the will to be powerful.

I am envious of every 12-year-old girl that gets to see “Captain Marvel” in theaters. Throughout the entirety of the film, I wished that I could be that age and watch such unadulterated, raw womanly power on screen. Danvers is fearless in her assertions, confident in her abilities, and undaunted by failure. Our hero is not painted as “bossy” or “unfeminine,” like many self-assured women are, but rather “stoic” and “empowered.” Her disposition is not unlike many women I have been privileged enough to know and look up to in my life. She represents the type of woman that has been historically underrepresented in Hollywood.

It goes without saying that “Captain Marvel” is important; it uplifts, rather than tears down, powerful women. The movie shows us that we can be as dynamic and impressive as men, and often, even more so. Although I wish I could have been at more of an impressionable age when I watched the film, it shows women at all stages of life that we have the potential to change the world.

Captain Marvel’s unparalleled powers serve as a statement–the world needs women. In “Endgame,” which will be released next month, our beloved heroes need Marvel to save the day because the men of the “Avengers” cannot do it autonomously. In many ways, this situation imitates our reality; women have helped solve so many of our world’s problems.

I like to think of Captain Marvel as a combination of many of the world’s most powerful women–resilient athletes, whip smart politicians, passionate creatives. But she is also every single woman who has something to say, who believes in something. She is all of us, all the women of the world, and that is our greatest power.