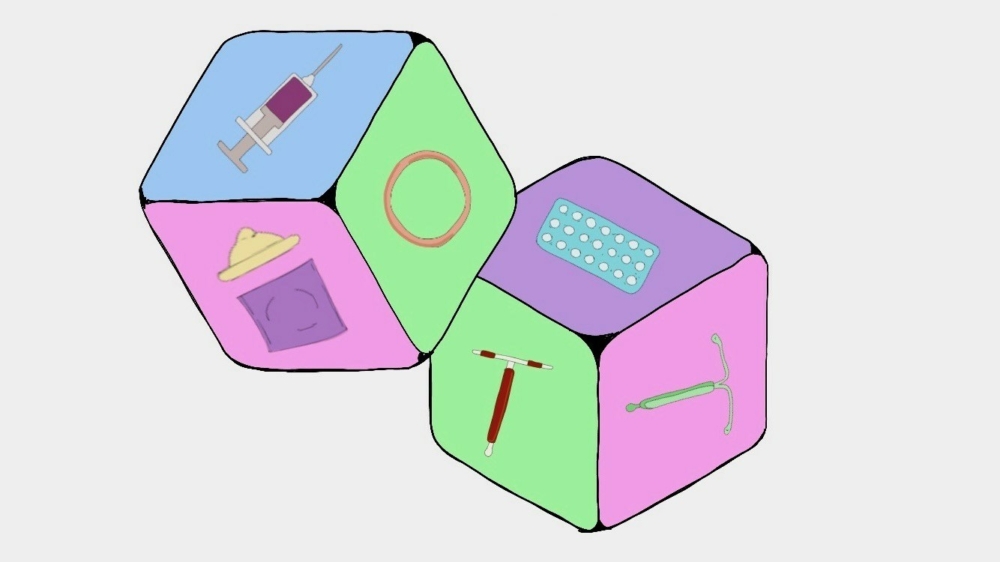 This is the first installment of Crybaby’s new monthly series, the Birth Control Diaries. The series was created by Story Editor Zoe Allen and Writer Irine Le to evoke conversation about and bring awareness to the trials and tribulations of birth control. Each installment will feature interviews with different women about their personal experiences with a variety of contraceptive methods. In 2018, the Center for Disease Control reported that nearly two-thirds of American women from the ages of 15-49 were currently using contraception. Despite birth control’s societal prevalence in the United States, contraception rarely comes without a cost, or at the very least, a story.

Annie Millman, 18, freshman at Boston University (Boston, MA.)
Birth control method: Intrauterine Device (IUD)
An Intrauterine Device, more commonly known as an IUD, is a small device that is inserted into your uterus. According to Planned Parenthood, “it’s long-term, reversible, and one of the most effective birth control methods out there.” For more information on IUDs, click here.

Why did you decide to go on birth control?
I knew going into college I was going to be sexually active and I wanted to have it sorted out. I wanted to figure it out back home so I wouldn’t have to have some sort of incident 3,000 miles away from where I live. It added an element of security.

What made you choose an IUD over a more common method of birth control like the Pill?
Because I wanted centralized hormones, rather than decentralized hormones, so I was considering the implant for awhile. I wanted something where I wouldn’t want to think about it everyday, just because I’m not the best at taking pills. The idea of just inserting it and then just leaving it in there for five years is really appealing to me.

When did you get your IUD? What was that experience like?
I got it in January 2019, I got the Mirena, which is the five year hormonal IUD. It took me a really long time to get used to the idea of getting one, but after talking to a lot of friends who had had positive experiences, I decided to just go for it. I actually had a male gynecologist, which didn’t turn out to be an issue, and I felt like I was in really good hands the whole time. It was a lot quicker than I thought it would be and it wasn’t as painful as I thought it would be.

Does your IUD continue to affect your daily life?
The first week after getting it, I experienced a lot of cramping and bleeding and even now, a couple months later, I still have some spotting. It’s still present in my life, and it’s worsened my acne a bit, so that’s something I’ve had to deal with. Other than that, the cramping is gone–the side effects right now feel worth it because of what I know it’s going to do for the next five years.

Does birth control make you feel more comfortable and safe?
Definitely. Having that extra element [of security], I’ll never be in a situation where I have to have a pregnancy scare, and that’s a feeling I never want to experience. It’s a good, secure thing.

Leydi Walle, 20, sophomore at The New School (New York, NY.)
Birth control method: The Pill
Oral contraception, oftentimes known as “the pill,” is a hormonal birth control method that is taken daily. The pill comes in two forms: a combination or progestin-only pill. According to Planned Parenthood, “it is safe, affordable, and effective if you always take your pill on time. Besides preventing pregnancy, the pill has lots of other health benefits, too.” For more information on the pill, click here.

Why did you initially decide to go on birth control?
Because my periods were way too heavy and uncomfortable and they would cause me a lot of pain and the doctors said that was one of the best ways to treat [period problems].

What methods have you been on?
Just the pill. Tri-Lo-Marzia. Every week is a different color [representative of the different hormone levels].

What was the process like to get birth control?
Here’s the thing. To get myself on this pill was very controversial with my parents, because they’re very Catholic and they’re like “no birth control.” And it was literally for my pains.

Did you get it through the New School’s student health services or from your primary doctor back home in Ohio?
I got the pill back home in Ohio, since I brought it up before and my mom was like “don’t do that,” and then I just went alone and got myself birth control. And now she knows, and she’s cool with it now, but the whole point to get there was something.

[Editor’s note: if you are 18 years of age or older, you can go by yourself to get birth control at your local Planned Parenthood!]

How has the pill made you feel more comfortable in terms of your health?
I feel like I don’t have to worry as much. Periods used to really hinder my activities. I’d have to plan around them, because they’d be so painful and I’d have to skip school sometimes. The pill helped me in being able to take control of my life and being able to control what I wanted to do. The only thing is that I have to plan when I have to pick up my pills. It’s about every three months, but the other month they [the pharmacy] got it wrong, so that was annoying because it was like I was running out of pills, what do I do?