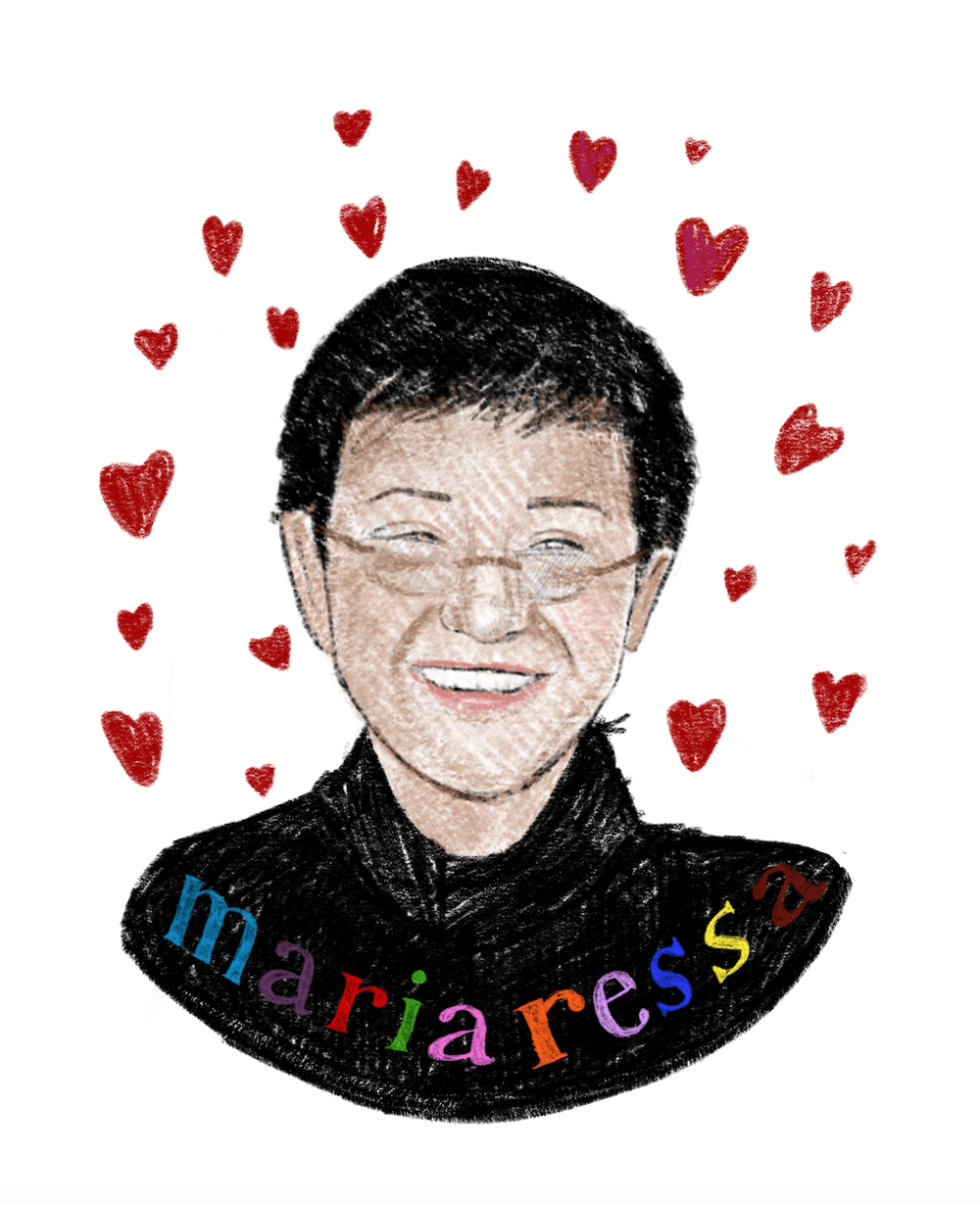 Call it an era, call it an epidemic. Misinformation and censorship have never been so blatant to a generation as they are to ours. Fake news, alternative facts, “truth isn’t truth,” and other Matrix-esque rhetoric are the new norms for Americans—things you hear on first dates and at the dentist’s office that you never would’ve heard four years ago. They are part of the contagion that makes up the “War on Truth”, America’s most recent export on the global market. And it is catching on.

Assault on the press is as domestic as it is foreign. Unadulterated lies broadcast as hard truths by tyrannical governments and state-ordered violence against people revolting in response has always seemed a distant and foreign reality of the past to Americans. Such appalling violations of press freedom appear only in textbooks or happen in banana republic countries, places where we go on holiday and the locals don’t really speak English. George Orwell’s “1984” and Margaret Atwood’s “Handmaid’s Tale” have always remained within their fictitious parameters to the average American up until recently.

Laws being weaponized and other punitive action taken against people who seek to expose abuse, corruption, and lies have become commonplace in democratic nations. Recently, over four hundred online and regional private news outlets in Hungary were simultaneously “donated” by their owners to a central holding company run by Orban’s cronies, securing his control over the Hungarian press. Many of them are oligarchs loyal to the country’s far-right leader, Prime Minister Viktor Orban, who had already been buying up news outlets at that point.

In Myanmar, two Reuters journalists, Wa Lone and Kyaw Soe Oo, have been jailed since their December 2017 arrest, with bail repeatedly being denied. They were charged under the Official Secrets Act for possessing documents given to them by two police officers. The reporters had been in the process of exposing a massacre of ten Rohingya Muslim men in the country’s northwestern Rakhine state by Myanmar soldiers. Their subsequent sentence to seven years each in prison comes as no surprise, considering that their investigation exposes only one incident in the ongoing Rohingya genocide by Myanmar’s military.

The state-sanctioned execution of Jamal Khashoggi, a Washington Post columnist most known for being highly critical of Saudi Crown Prince Mohammed bin Salman, is unforgettable as well, albeit Saudi Arabia is not resoundingly democratic or otherwise liberal to our standards. Trump’s lack of response to the murder, however, as leader of the free world, is what is most alarming: he has refused to criticize either the prince or his kingdom, despite evidence suggesting that the prince was behind the execution. And this is not even to probe the ridiculous relationship Trump has with Saudi Arabia, arms deals, and Muslim bans. (The perpetrator of 9/11, the very event to which America attests its Islamophobia, was from where again? Oh that’s right.)

Khashoggi was killed in the Saudi Arabian consulate in Turkey, where there was much national dispute over his death. Former Turkish Prime Minister Ahmet Davutoglu tweeted, “The fate of Khashoggi is a test for the whole world with respect to freedom of expression. Punishing a citizen just because of his/her critical views is incompatible with any human values. ” Yet Turkey arms itself against its own people for protesting against the government, and holds a world record for imprisoning journalists.

I’m sure there is a brilliant person out there currently writing an entire book dedicated to Trump’s assault on the press, other violations of the First Amendment, and his own inability to digest fact and criticism. From Trump’s trademark “fake news” response to any negative reporting of him, to the administration’s lack of substantive answers, his demonization of the media as an “enemy of the people” is only one of many pathetic attempts to discredit and censor journalists. It’s as if Trump wrote the anti-press playbook himself—as if he were literate in anything other than Twitter-verse.

Most alarming to me, as a Filipina-American writer, is the recent and unjust arrest of Maria Ressa. Many people have come to know her from Time Magazine’s Person of the Year 2018, wherein she was included among a group of journalists from all over the world known as “The Guardians”, who are fighting the War on Truth.

For those who aren’t familiar with Ressa and her work, she is an award-winning Filipina journalist and businesswoman who is also the Founder and CEO of Rappler, an online news website based in the Philippines currently under fire by the country’s government for its critical reporting of the Duterte administration.

Ressa, a forthright critic of President Rodrigo Duterte, was arrested on a spurious cyber libel charge on February 13 in the Manila newsroom of Rappler. Although this case was brought forward in 2017 by businessman Wilfredo Keng, who has no apparent connection to Duterte’s administration, the international community saw this as a politically motivated act by the government.

The lawsuit with which Ressa was charged stemmed from a 2012 story on Keng, alleging that he had ties to drugs and human trafficking. The story was published two years prior to the new cyber libel laws coming into effect in the Philippines, and Keng only sought out the National Bureau of Investigation (NBI) five years after it was published.

The law cannot be used retroactively; in fact, the Philippine government initially was not even going to press charges before ultimately deciding to do so. The Duterte administration is making an example of Ressa to intimidate the press: they can and will weaponize the law against critics of the country’s president.

Ressa and Rappler are only the recent targets of Duterte’s crackdown on the Philippines’ independent media outlets. Several contemporaries of Rappler, such as Altermidya and Bulatlat, have experienced crashed websites and shutdowns as a result of Distributed Denial-of-Service (DDoS) cyber attacks. Antonio Trillanes, a Pinoy senator and Duterte critic, has also been arrested under the Duterte administration.

These tyrannical moves only attest to the desperation of the Philippines’ current government to silence dissent growing across the nation. Duterte is determined to remain in power by continually violating the rights of the Filipino people, from the red-tagging of youth activists and the extension of martial law on Mindanao to what will soon become the Philippines’ own killing fields—the war on drugs (read: war on the poor).

“The message that the government sent [is] loud and clear—be quiet, toe the line or you’re next.” said Ressa in an interview with NPR shortly after being released. “Press freedom is the foundation of the rights of all Filipinos to the truth. I always say, you know, you have to help us hold the line.”

In a time where voicing opinions and taking action are more accessible than ever, silence is an unacceptable reaction to injustice. Silence’s passivity is enabling and no longer can we enable history to repeat itself. If there is one positive thing to be taken from Ressa’s arrest, it is the mass mobilization of grassroots efforts both in and out of the Philippines that took place in support of her. But we cannot stop there.

Ressa brought prestige and integrity to journalism in the Philippines, even amidst the country’s crumbling institutions. Although her case is unnerving, it is not entirely isolated. We must fight to defend press freedom and human rights in the Philippines, as well as condemn censorship and oppression everywhere.

As Maria Ressa reminds us, this is what the legacy of any imprisoned or murdered journalist asks of us: we too must hold the line. We too must show up to hold our leaders accountable. Especially as Americans, where our internal problems have become an example for other countries, we must collectively call upon our government to do better. Otherwise, we become accomplices to our own losses of freedoms. And that is not fake news.