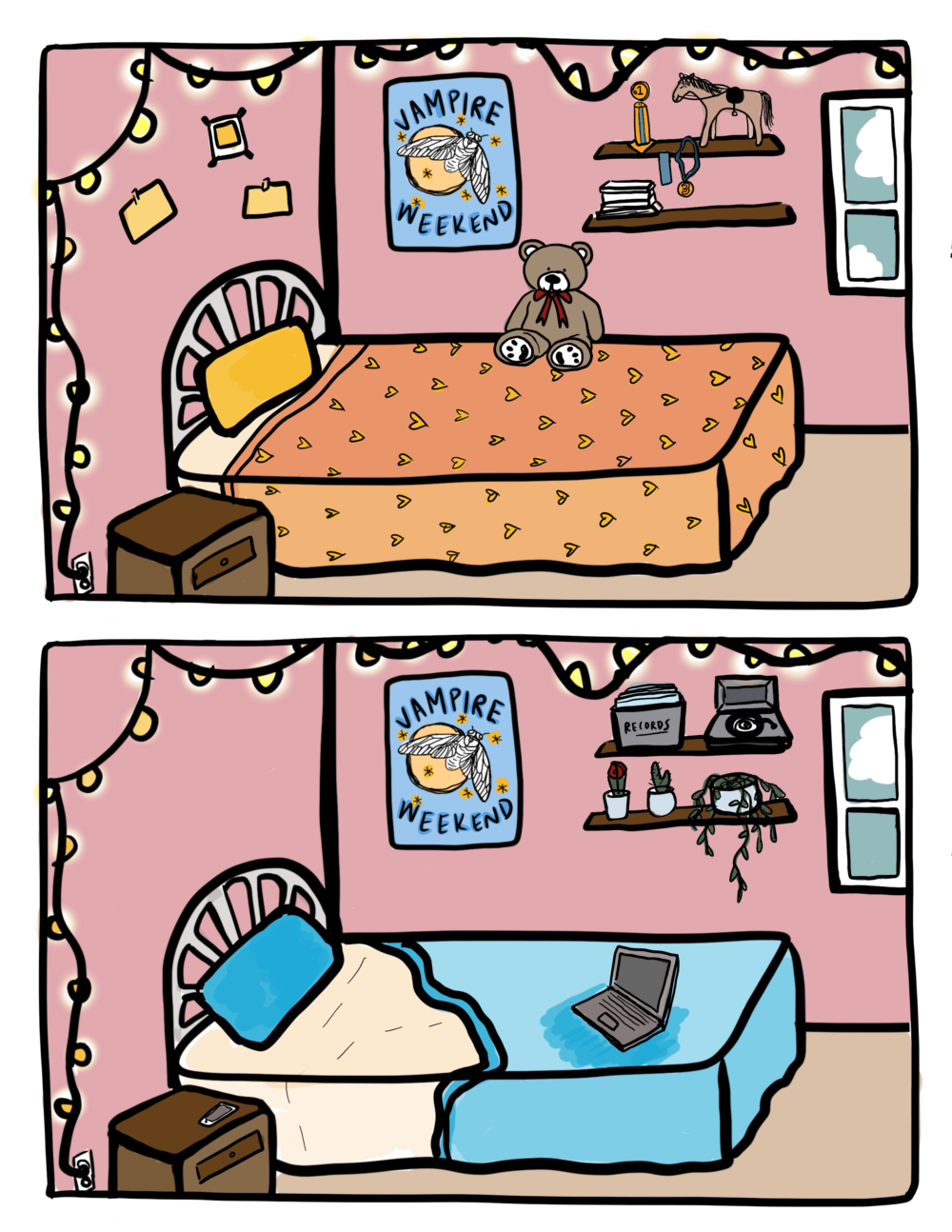 I changed my Instagram username to “@eozallen” six years ago, when I was in seventh grade. Some of my friends jokingly call me “Eoz,” some of them unaware of the fact that it’s just my name, Zoe, backwards. “Eoz” has become a part of my identity.

Only two weeks ago, around the time that Vampire Weekend released their first new music in six years, “Harmony Hall/2021,” my friend Riley asked me where I get “Eoz” from.

“Actually,” I replied. “It’s because of Vampire Weekend.”

I was in the seventh grade six years ago, and my obsession with the preppy, indie rock band was at its peak. “Modern Vampires of the City” had just been released, and I was dreaming of New York. My English teacher asked if he could burn my “MVOTC” physical copy onto his computer and I had never felt more proud.

It was time for my Instagram to upgrade from, what I perceived at the time, my childish One Direction phase to fit the aesthetic of my Vampire Weekend phase. I had evolved between sixth and seventh grade, and I was in need of a maturity upgrade to match the East Coast sophistication I felt when listening to songs like “Campus” and “Hannah Hunt.”

Ezra Koenig, Rostam Batmanglij and Chris Baio—three out of the four members of the group—had Instagram handles that are simply their first names backwards. For Ezra, the frontman and lead singer of the band, “@arze” (the “z” is key). For Rostam, the former producer, @matsor. For Baio, the bassist, @oiab. I thought it was the dopest concept since my patent leather Doc Martens and blinded by my infatuation, I sought out the username “@eoz.”

It was taken, so I settled for “@eozallen.”

The release of two new Vampire Weekend singles and the announcement of a forthcoming album and subsequent tour dug up a nostalgic time capsule for me. In a world where artists like Ariana Grande are releasing new music on a seemingly monthly basis–to stay relevant–VW’s hiatus is meaningful. They gave themselves time to create a (hopefully) solid project, a project that they can be proud of. This is almost unheard of in 2019; the concept of giving yourself time to breathe and create. They knew that those who truly cared about their music would stick around.

It would be naive to say that nothing has changed, in terms of the band and their music and in terms of myself. I went from 13 years old to 19 years old in the six years that VW has been on hiatus.

Listening to fresh Vampire Weekend music after six years has been a mediation for me on what has stayed constant and what hasn’t. There are always constants: family, friends, education, my love of writing. “Harmony Hall” features the exact same chorus lyric featured on “Finger Back” in 2013: “I don’t wanna live like this, but I don’t wanna die.” I guess some things stay the same because they’re just too good.

My friend Laurren and I bought tickets to see the band on their tour in September in Boston, pretty much fulfilling the wildest of my East Coast Vampire Weekend daydreams. I understand now the lulling charm of the Northeast, its dreary weather and the never ceasing feeling of needing to reminisce on times past. Vampire Weekend captured that in their first three albums: all of the prep, every sentiment, every coastline, every drizzly day.

I lost the Doc Martens that I wore during my original Vampire Weekend phase, but I bought a new pair this past fall. Maybe I knew that new Vampire Weekend music was coming, a dormant conscious within me that could just feel it.

Because, after all, a lot changes over six years. But a band that you go through an entire phase for, a band that you change your Instagram username in honor of– that love never wavers.