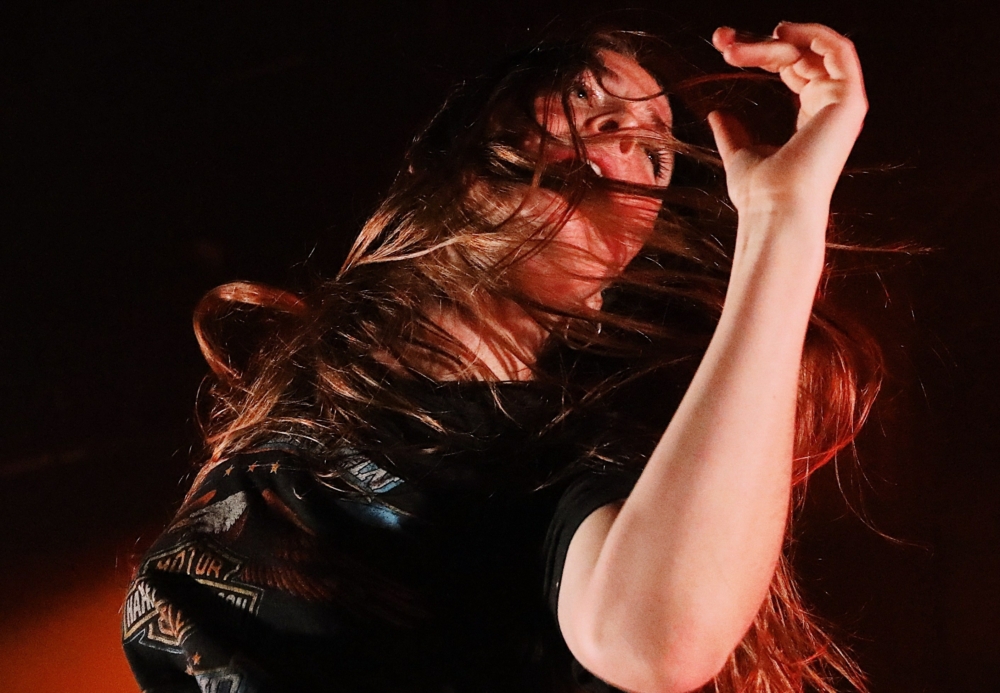 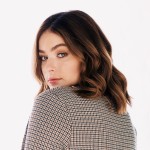 Story and photos by Livia Lange

The aforementioned phrase has become her trademark, engraved on keychains, t-shirts, and tweeted by her adoring fans.

She certainly fits the role when she bopped her way onstage at Los Angeles’ The Fonda Theatre on Thursday night in a cowboy hat and feather boa, with a red solo cup in hand. If Florence Welch and Patti Smith ever had a love child, Maggie Rogers would fit the description.

This LA show was essentially a giant, sold-out release party for “Heard It In A Past Life,” the brand new record that acts as a diary of Rogers’ experiences adjusting to her newfound life in the public eye.

“I’m so completely in love with it and I can’t believe that it’s finally out in the world,” Rogers remarked to her effervescent crowd. “This is me saying yes!”

The track that got her famous in a New York University class back in 2016, “Alaska,” is included on the record, along with “On + Off,” a hit from her previous EP, “Now That The Light Is Fading.” She released three singles in 2018 anticipating the arrival of her full length album—two of those tracks finding a home on the Saturday Night Live stage.

“Heard It In A Past Life” feels like the perfect blend of who Maggie Rogers was when she came into the spotlight and who she is now as she has grown into herself and her sound.

Her fans reflect her, pressed against the barricade while dancing to pre-show tunes with ease and tweeting memes about the record. One fan even broke down which astrological sign correlates best to each track. They’re brilliant and free, just like Rogers.

The show was nearly seamless, save for her emotional moments to tear up from the sheer excitement of it all.

“Thank you for giving me a space for my art.” Rogers said during the brief but almost electric pauses.

Each song on “Heard It In A Past Life” serves a purpose in telling her story. Nothing seems out of place in the slightest. If you wanted the perfect introduction to Maggie Rogers—this is it.

Tracks such as “Overnight,” “The Knife” and “Retrograde” have been blasting on repeat through my speakers since the release. Her lyrics are real and raw, but the beats pull you into every moment and give you permission to let go.

“Back In My Body,” the most vulnerable song on the record, speaks directly to her anxiety and panic attacks that she experienced while touring abroad. You could hear a pin drop in the venue as she paused to dedicate the song to her family, friends, and fans whose constant support guided her through her roughest of times.

“Every night I got onstage and I felt like myself because of the freedom that was allowed to me by the people that showed up.”

People certainly did show up for her. Signs of success are lighting up billboards from Times Square to Sunset Boulevard and “Burning,” which has already hit over a million streams on Spotify, was played live on “Colbert” this week.

Yet, no matter her level of success, her connection with her audience remains intimate. Those who showed up for the Fonda Theatre release show were not just treated to a setlist filled with new songs. They were given a personal glimpse into who Maggie Rogers is—a vulnerable, yet powerful, voice of her generation.