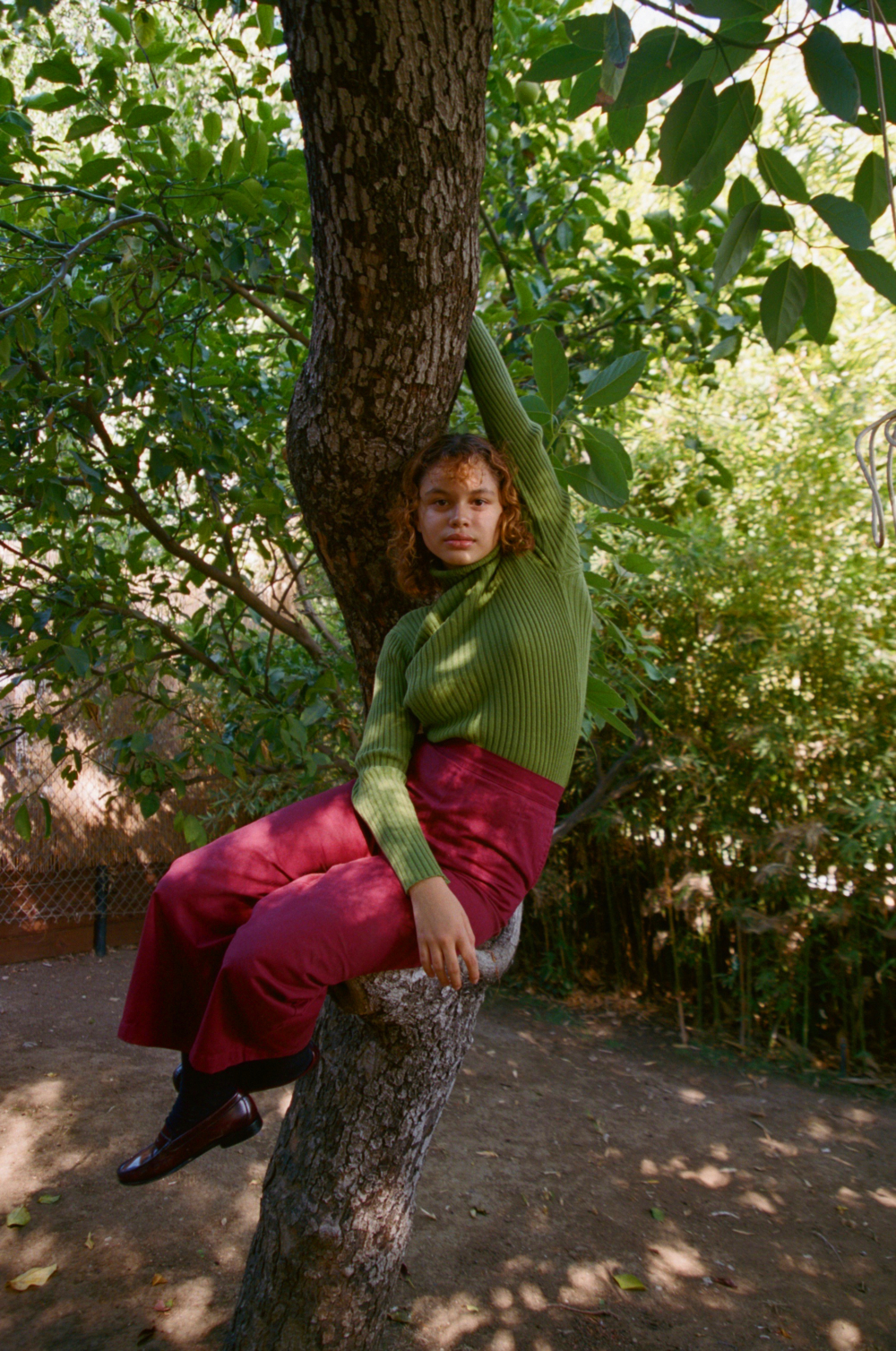 Is Paloma the coolest 14-year-old? Probably, but she insists that while she’s “a pretty cool gal,” she would say her friend Guine actually is. Last February, she had her 14th birthday at the Standard Downtown where she also released her collaborative line with Everybody.World.

Everybody.World collaborates with people who’re not trained designers to design the clothes they want. Iris, the co-founder and creative director of the brand, and Paloma met in the line for the bathroom at a photo event and quickly noticed eachothers’ outfits. Later, Paloma says Iris approached her about working with Everybody.World where she eventually designed a pair of pants (her favorite pants btw!) and a tank top.

When she’s not designing clothes, Paloma is a freshman at the all-girls Catholic high school, Marymount High. She loves drawing, dancing and now she’s doing theatre at Marymount–saying she enjoys it “because [it] combines a lot of the other arts I’ve been doing.”

When asked about her idol, she listed: Dolly Parton, Mick Jagger and David Bowie because their style in the 70s was “truly gorgeous.” And also included Jeff Goldblum in her list of idols for his wacky nature.